WHY LODI? THE ANSWER FROM THE BRITISH EYE 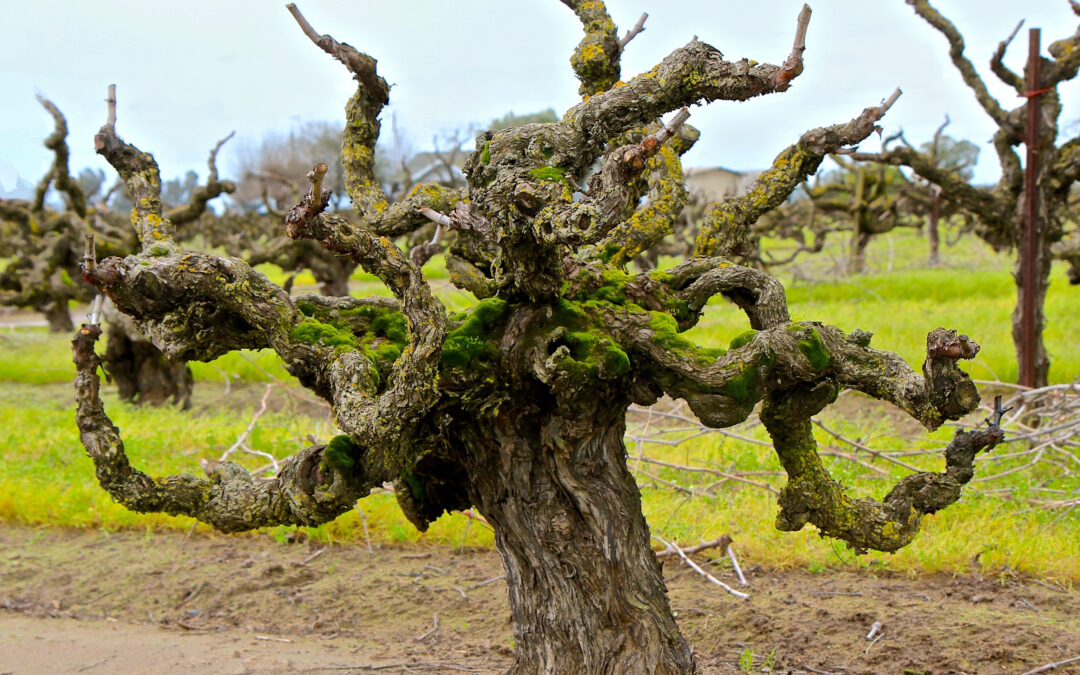 In 2012, I traveled to the USA for a three-week-long research project. In Lodi. Why Lodi? Because of the acreage of old vine Zinfandel. Sure, old vines were central to the project, but so was Lodi – where else in the world has a similar number of old vines packed into a small area? Maybe there’s somewhere else with more old vine acreage than Lodi, but can you name it? Me neither – even in well-known old vine hotspots like Spain, the Rhône Valley, and South Australia, I’ve never seen as many truly old vines packed into one area. Lodi’s old vines are unique.

What I experienced in Lodi those weeks blew my mind wide open.

A bit of background – I’m British, working in New Zealand as part of the winemaking team in a big custom crush facility. It’s a pretty similar-looking winery to Bear Creek Winery in Lodi. All told, this is my twenty-fifth year in the wine industry. I’ve worked and traveled around wine-producing regions across the world, doing everything from retail sales to distribution to winemaking, with a fair bit of studying wine theory too. What I never had was a lot of practical vineyard experience. Not many Brits of my generation in the wine industry do because vineyards just weren’t a real thing in the UK when I started out in the wine industry. I had to search for a vineyard experience. My search led me to Lodi.

I went from reading about viticulture and berry composition in my house in Hampshire, UK, to counting bunches and berries in Bruce and Jerry Fry’s old vine Zinfandel blocks the morning after I arrived in Lodi. I’d never experienced anything like it before – the size of the vines, the head-trained shoots growing in all directions, the vigor, and energy of these ancient plants. And then there was the dust, the heat, the sandy loam soil, the stillness in the vineyards…..these were radically new experiences for a British guy used to seeing the ordered, manicured vineyards of Burgundy and Champagne from a car window. 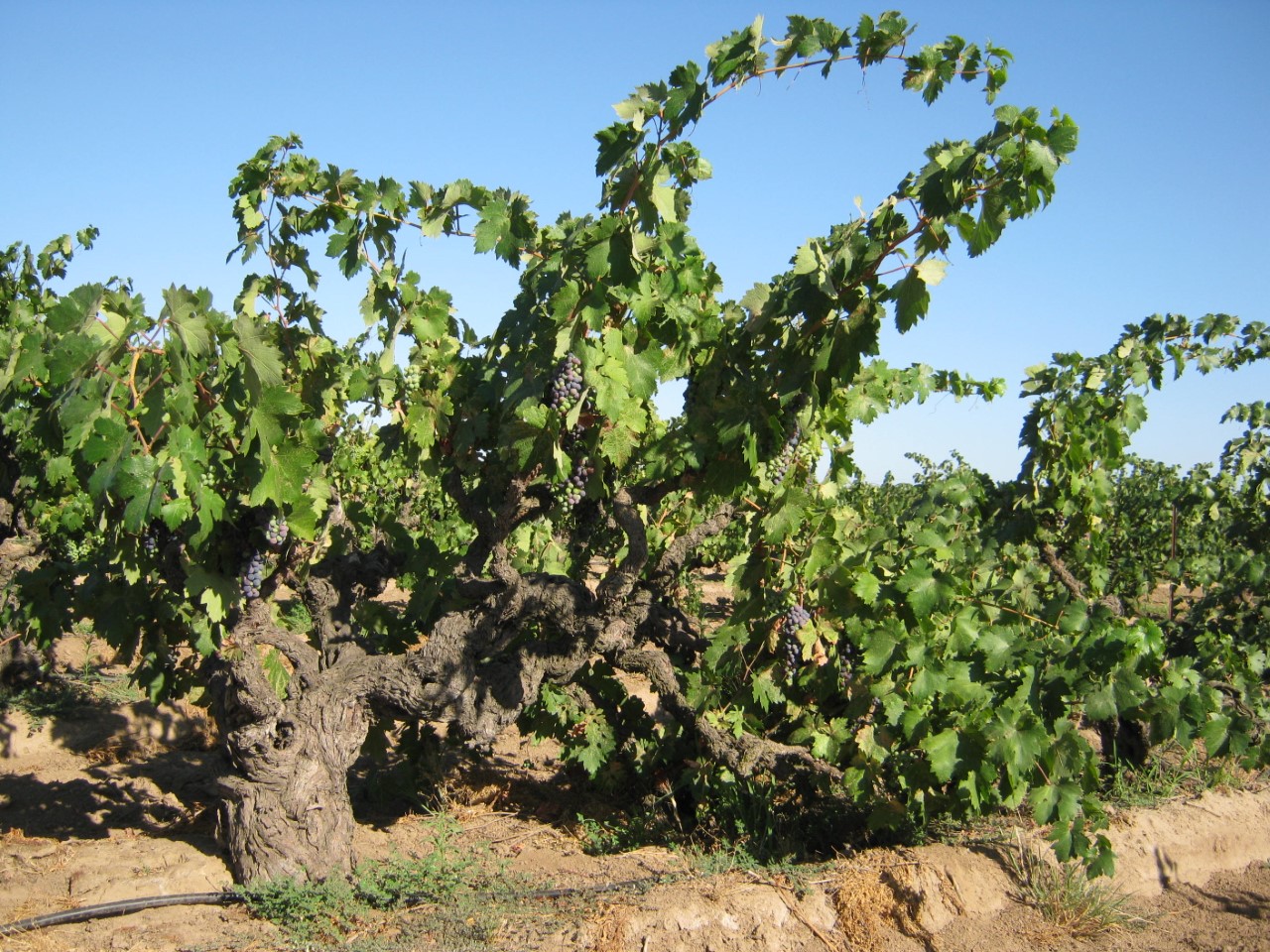 The essence of Lodi – a 104-year-old Zinfandel vine in the Rous Vineyard.

I went on to meet and pick the brains of the Lodi old vine community – Stuart Spencer, Paul Verdegaal, David and Heather Lucas, Craig Rous, Layne Montgomery, Randy Caparoso, the Fry’s, Mike McCay, Todd Maley, Ken Kramer, Ryan Sherman, Craig Watts, Leland Noma, Kyle Lerner and so many more. It was about the time that Tegan Passalacqua from Turley was buying the Kirschenmann vineyard on Schmeidt Road too, and even as an outsider I could sense the genuine, growing interest surrounding Lodi and its fruit. Craig Rous was talking about “The Victor Triangle”, the Lucas’ were talking about the differences in their western Lodi fruit, Tegan Passalacqua was telling me about the unique bend in the Mokelumne River surrounding Bruella Road, and Randy Caparoso was (and still is) recording all of this surge of interest in Lodi in his blog for the Lodi Winegrape Commission. The wines of Lodi Native™ were just starting fermentation too. I’d never met a community of growers and winemakers who knew every inch of their land so intimately and believed in it so strongly – and I still haven’t.

Everyone I met had something in common: a love of Lodi’s old vines. I was an immediate convert. I could see the viticultural beauty of the area just standing in one of the old vine vineyards. Small things just amplified my fascination too, like the time I found a 1947-planted Alicante vine in the vineyard row I used for my research project – who planted it? And what else was planted out there in that vineyard? Old vineyards are just magnificently distinct. I returned home converted and have kept preaching the gospel of Lodi, Zinfandel, and old vineyards to the max with people I’ve met in the wine industry from the UK, France, South Africa, New Zealand, and even other regions of the US. 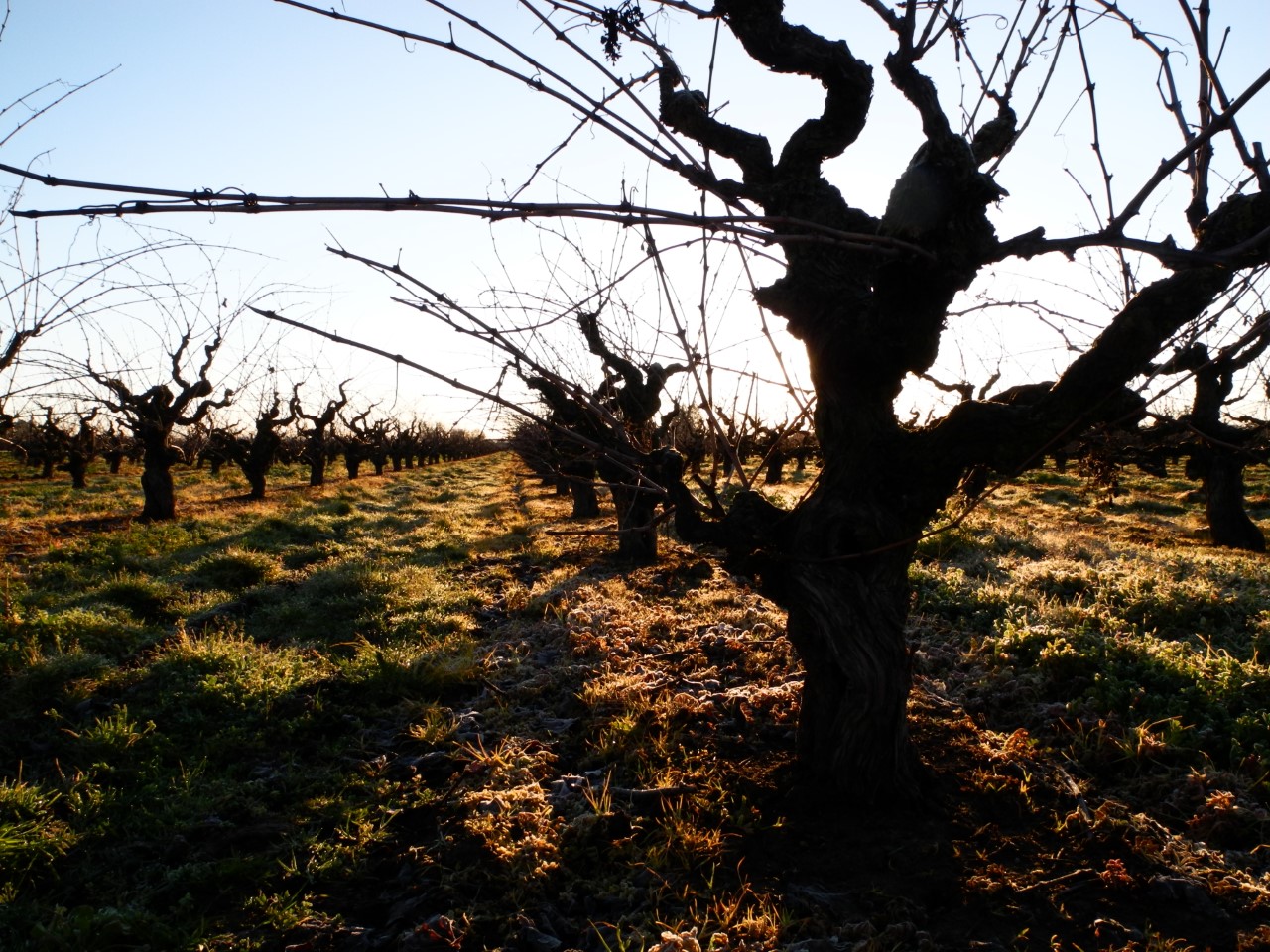 Sunrise among the 1947-planted vines in The Lucas Winery’s 10 Acre Vineyard.

With those glorious memories and experiences in mind, it’s with a lot of sadness that every time I return to Lodi, talk is of old vineyards being pulled up. I still read the Lodi Wine and Lodi Winegrowers blogs and every few months or weeks there’s another article about an old vineyard pulled out. Old Lodi vineyards have been disappearing for a time. Labor shortages and increasing costs make growing old head-trained vines with low yields pretty difficult compared to growing high-yielding modern clones of on-trend varieties on an easily machine-harvestable VSP trellis design. I understand – we’re in the same boat here in New Zealand. We have labor shortages, a need for a productive yield, and cost per hectare, and we can’t afford to grow anything that can’t be sold for export. Five million New Zealanders in total isn’t a big consumer or labor market; we have to export what we make. But as a young wine-producing country, we hardly have any old vines to speak of – and we would love to have Lodi’s acres of healthy, marketable, characterful, productive old vines, with Lodi’s wonderfully consistent climate too. 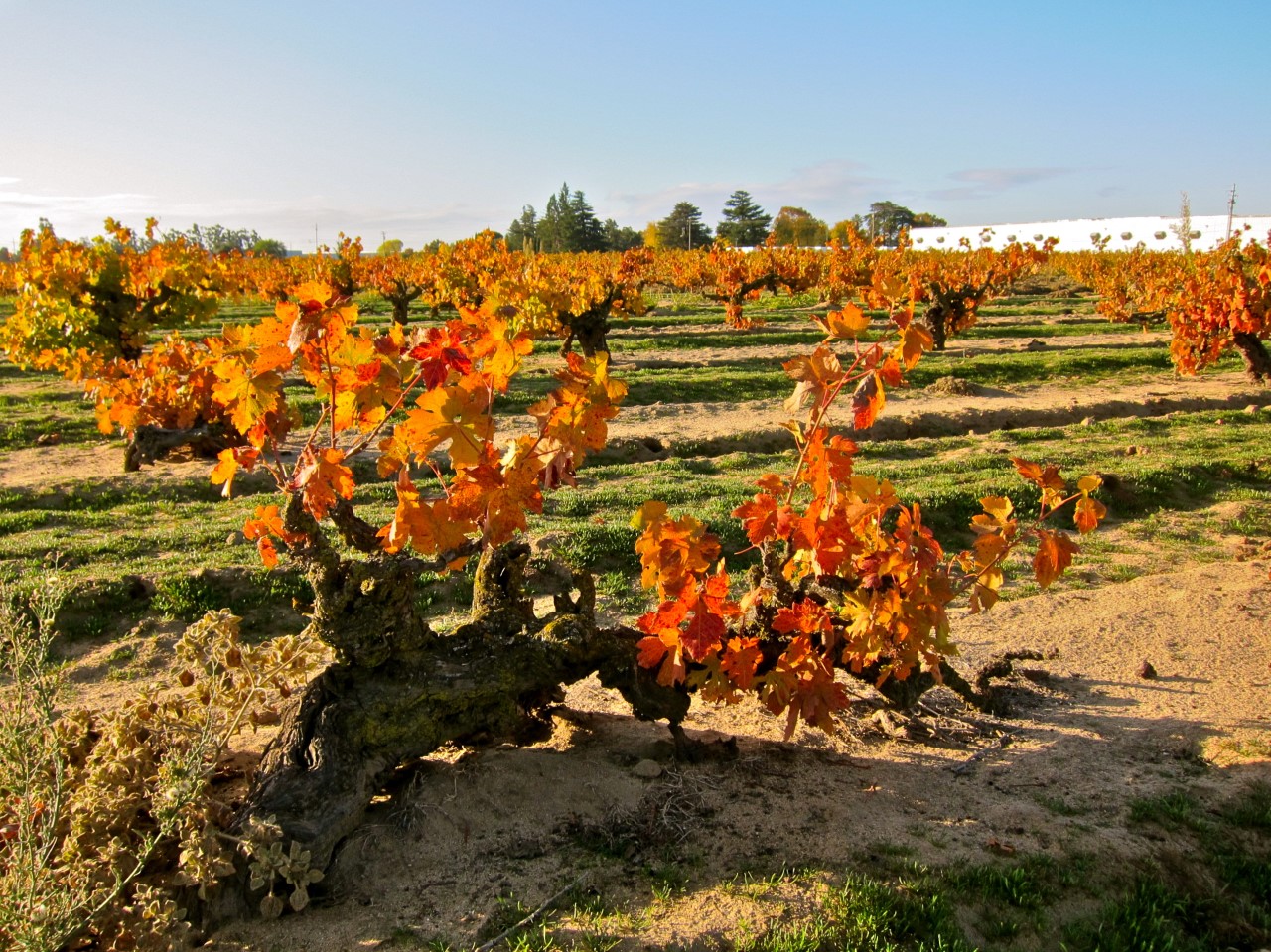 But you can’t replace magic. Once those old vines are pulled out, they’re gone forever. The old vine vineyards of Lodi are Lodi’s unique selling point – ripping those out is like throwing the baby out with the bathwater. Any wine-producing region in the world can grow international varieties on a trellis design that’s suitable for machine harvesting. Once the old vine vineyards are gone, Lodi will have lost a lot of what wine buyers and consumers are looking for: story, history, character, a sense of place, that whole concept of “terroir”. You just can’t replace magic.

I also wonder where the resurgence of interest in Zinfandel and traditional varieties found in old vineyards would be without Lodi’s contribution. Would UC Davis’s Foundation Plant Services be the same without heritage planting material from Lodi? Let’s not forget the giant amount of educational and research material that Lodi vineyards have provided – so many of the Zinfandel (and other grape variety) research studies published in the American Journal of Enology and Viticulture have been based in Lodi or used Lodi vine material. The Lodi Winegrape Commission also continues with an amazing commitment to education and development – where would the Commission be without its expertise in farming old vines and spreading that knowledge? I’ve never come across a regional grape grower association body anywhere else in the world with the same energy and activity as the Lodi Winegrape Commission. Why is that? It has to be because the unique viticultural factors in Lodi are inextricably linked to Lodi’s old vineyards. 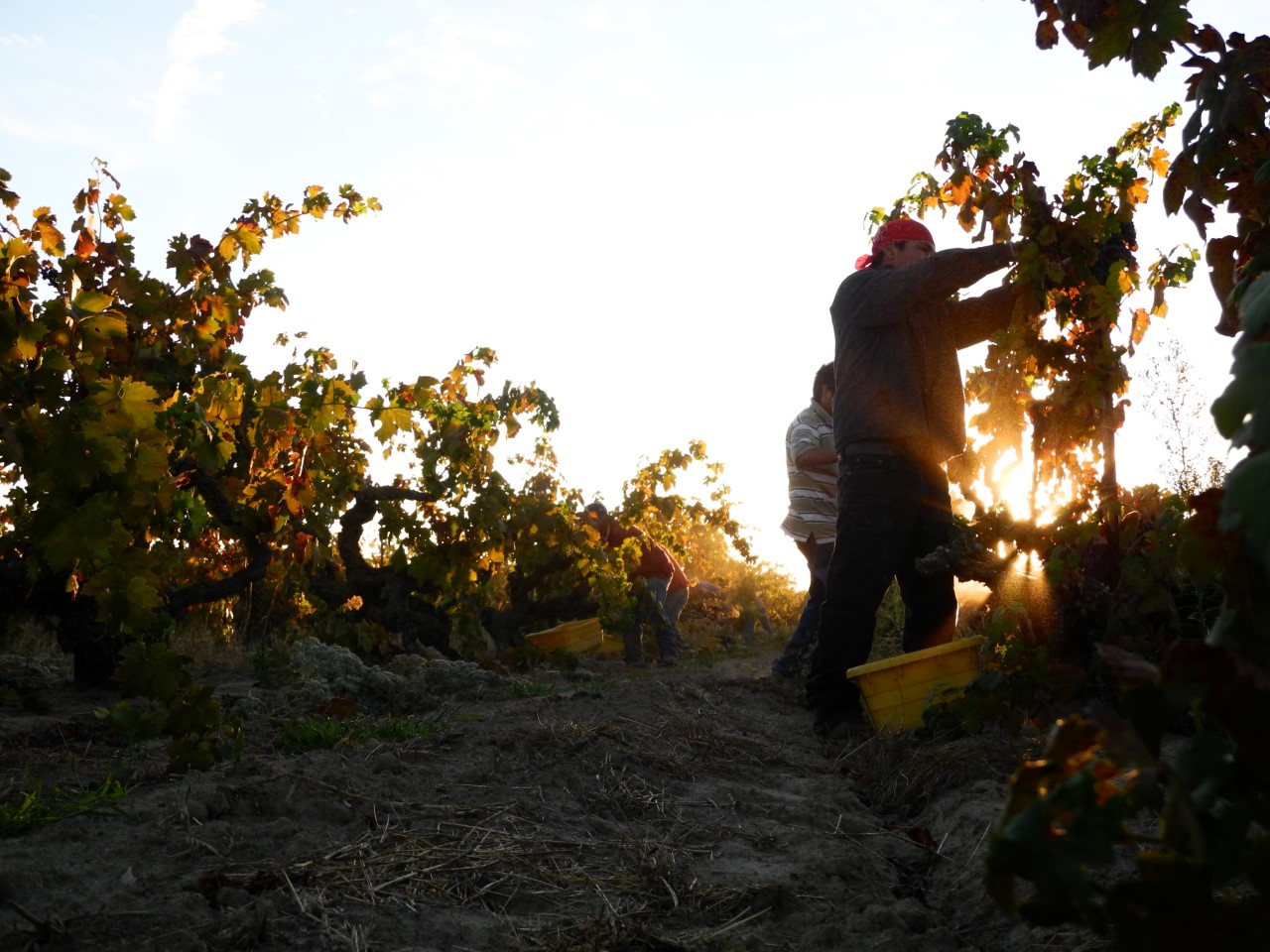 Early morning harvest in the Kirschenmann Vineyard. The next stop for these grapes is a wonderful bottle of wine.

Old vines have been central to Lodi’s resurgence and rediscovery by winemakers, wine critics, and wine buyers. That represents something more than just plants in a field, it represents community, people, growers, history, tradition, character…and ultimately, a great selling opportunity. No winegrowing region has been immune from the challenges in the modern wine industry, like labor, costs, fruit pricing, or pressures from new diseases. The reality is that we’re all under pressure in the wine industry. We have to hang on to what we have, while we still have it. In traveling to regions across the world where government-funded vine pull schemes ripped up old vineyards, I’ve never met growers or winemakers who’ve thought that was a good idea with the benefit of hindsight.

Don’t let Lodi join those ranks of decimated vineyard areas. Support the Save The Old Campaign. You don’t need a British guy saying this – but remember that out there, just like me, there are millions of wine consumers ready to be hooked on something magical. Give them that unique opportunity by saving Lodi’s old vine vineyards. 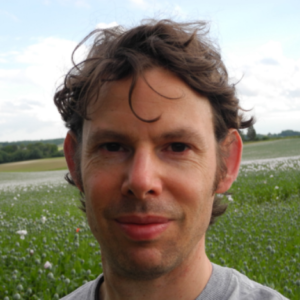 Rob MacCulloch’s first true encounter with wine was when he joined Oddbins in 1995 and encountered the heady highs and lows of all that an apprenticeship in Oddbins entailed. Thereafter he worked for Montana Wines in New Zealand, then in the UK for Hatch Mansfield, Bibendum Wines, and for Burgundy and Beaujolais specialists Domaine Direct. In 2015, he made a career change, leaving wine sales and entering wine production. He gained practical production experience around the world by completing four harvests in twelve months – in the Mosel, in South Africa’s Olifants River, in Hawke’s Bay, and in Napa Valley. This practical experience ranged from working for a traditional family-run small estate to a bulk wine co-operative, to a large custom crush facility, to a winery making ultra-premium wines. Rob then completed the Graduate Diploma in Viticulture and Oenology, with its focus on cool climate viticulture, at Lincoln University in New Zealand in 2017. He now works as the bulk wine Export Winemaker at the custom crush winery in Hawke’s Bay where he had previously worked in 2016.

A note from the Lodi Winegrape Commission:  If you or someone you know has an old vine vineyard in the Lodi AVA that they are having a hard time finding a buyer for, have them contact Dr. Stephanie Bolton (209.367.4727). The Commission has new sales tools – such as our professionally designed Vineyard Tech Sheets – to help growers attract new buyers and sell their grapes for a profit.