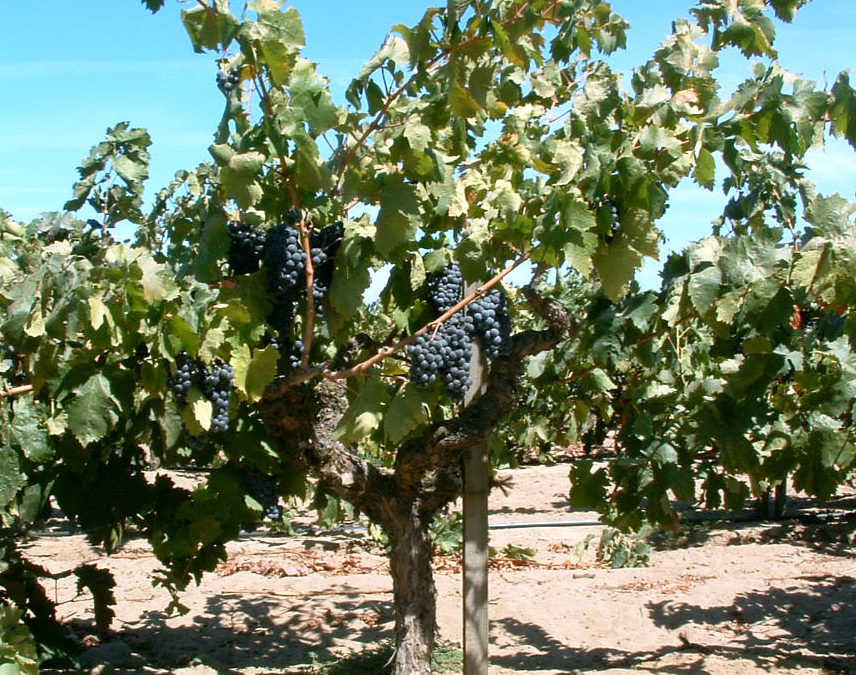 Grapevines were first head trained during ancient Roman times and while there are now several alternative vine forms that are more productive and efficient, the head form persists to some extent in modern viticulture.  The reasons for its persistence are many.  First of all, tradition weighs heavy on the wine industry and head training is the traditional grapevine form.  There are also a few economic incentives to the head form, including inexpensive vineyard installation costs and for many fully established vineyards, little or no irrigation costs.  Finally, in the wine market, head training is associated with “old vine” products and romantic images of picturesque stony old-world vineyards and mustard clad California vineyards.

Outside of the U. S., head training is called gobelet or bush training.  Of these names, gobelet training is the most appropriate because proper head training results in a goblet form (Fig. 1).  In this form, short arms (permanent branches) radiate outwards and upwards from the head at the top of a trunk.  The arms support spurs on their ends that are positioned at similar heights above the soil surface.  As a result, the goblet form has a deliberate horizontal component to the positioning of its bearing units, which promotes uniformity in shoot growth and fruit development.  This uniformity is one of the key ingredients to the exceptional winegrape quality produced by many old head trained vineyards. 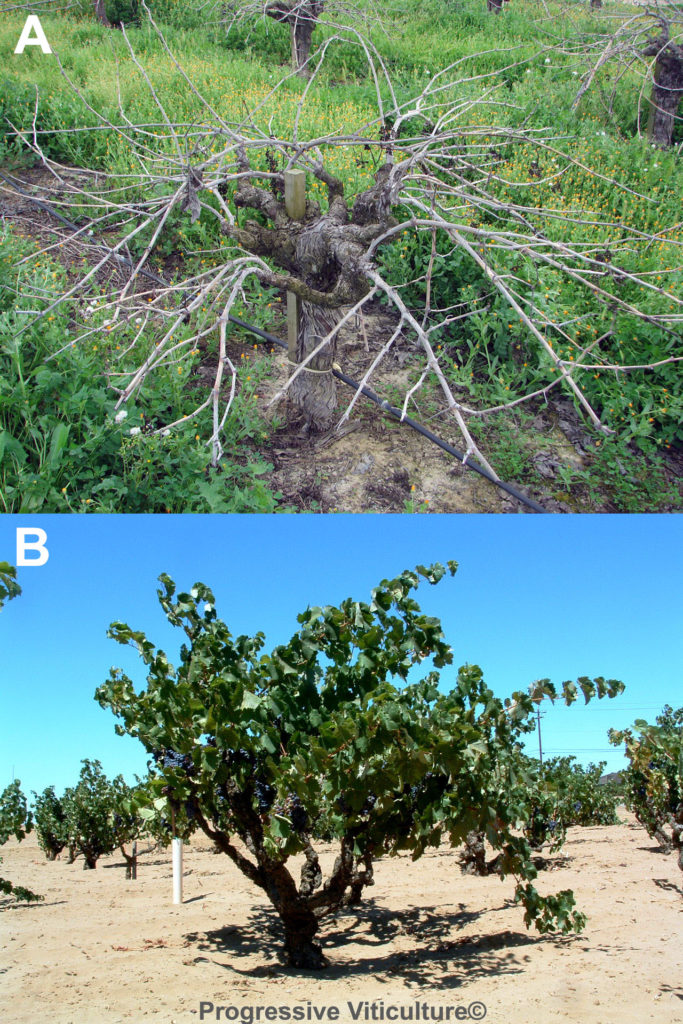 Fig. 1. Goblet formed head trained vines: Primitivo during the winter (A) and Mourvedre during the ripening period (B).
(Progressive Viticulture©)

The many twists and turns of the permanent woody framework and the vascular tissues within create resistances to the ascent of sap inside head trained vines.  This may enhance their tolerance for water stress compared to vines trained more simply, like those formed as bilateral cordons.

It is important to distinguish between the goblet form of head training and vertical cordons, which some in our industry mistakenly call head training (Fig. 2).  Vertical cordons are simply trunks trained vertically onto a tall stake with arms and spurs located at intervals along their length.  While vertical cordon training is more expeditious and less labor intensive than gobelet training, it has a major inherent disadvantage. 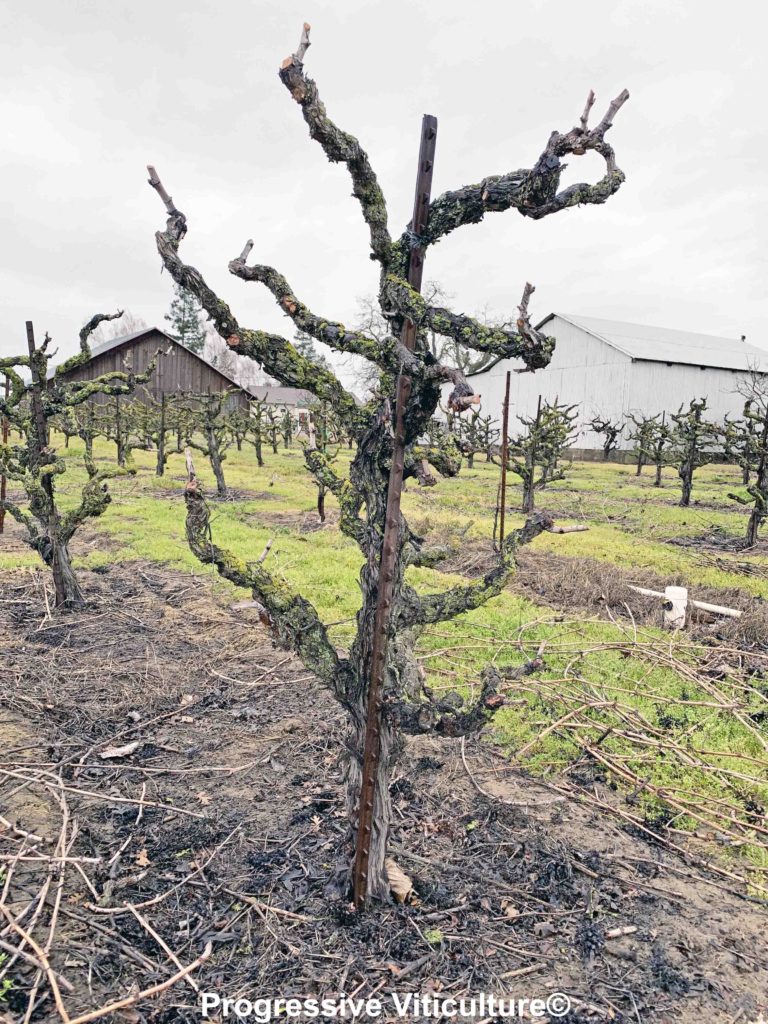 After planting, gobelet training begins with a single scion shoot directed vertically to form a short trunk.  There is no standard trunk length and head height for gobelet trained vineyards.  Head heights range between as little as 6 inches to over 30 inches (Fig. 3).  After selecting a head height, use it consistently throughout the vineyard to promote uniformity among vines in growth, fruit production, and grape quality. 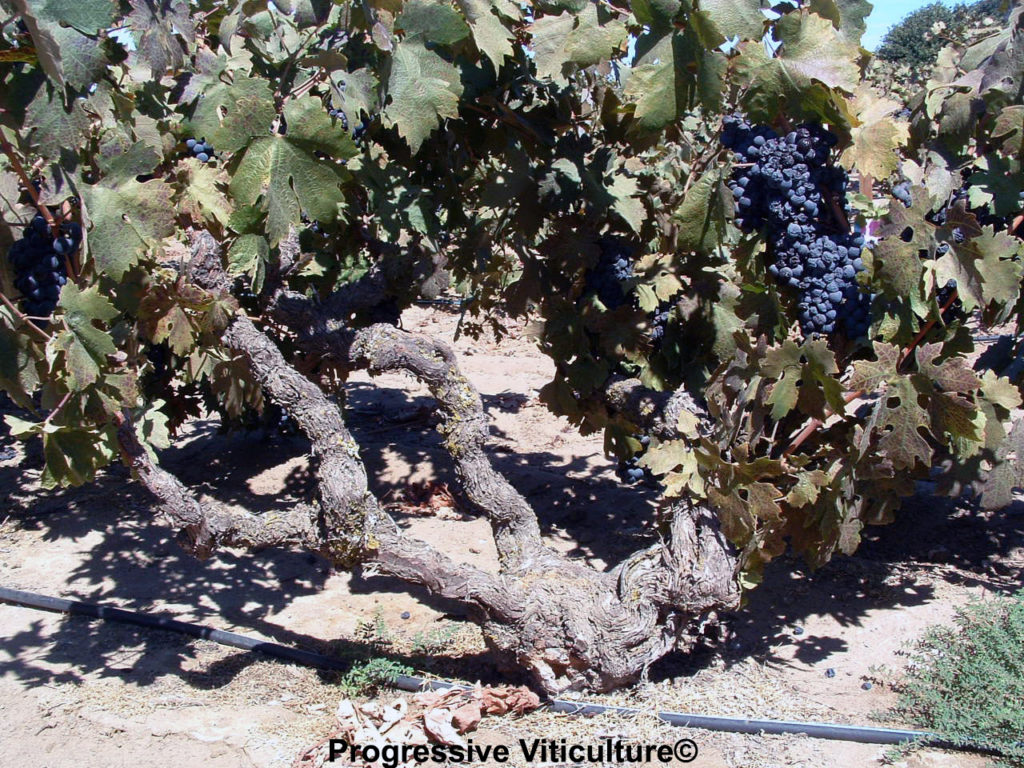 Fig. 3. A 100+ year-old Zinfandel vine with a head positioned near the ground.
(Progressive Viticulture©)

Taller gobelet training reduces the risk of frost damage compared to shorter gobelet training.  It also allows greater distances for shoots to drape before reaching the ground.   The benefits of expanded shoot draping include greater exposed leaf area per vine and associated ripening capacity, reduced requirement of hedging to keep shoots off the vineyard floor, and with appropriate shoot thinning to conserve the shoot density set during pruning, increased fruit zone aeration and reduced foliar disease.

Trunks and heads require stakes for tying and support until the truck reaches 4 or 5 inches in diameter.  Typically, 5 foot long stakes are installed with about 2 feet in the ground.  Greater consistency in vine form, enhanced canopy stability, and increased ease of vineyard operations offset the cost of stakes.

After topping to establish a head, allow lateral shoots near the top of the trunk to grow to initiate arms.  While trunk topping can take place at any time, arm training is usually limited to dormant canes during winter pruning.  During the first year, retain long spurs that radiate outwards at the head (≈ top 10 to 15 inches) of the trunk and that are spaced as evenly as possible around the trunk like spokes of a wheel.  Long spurs, in this instance, have 3 to 4 nodes or buds each.  Spurs with more nodes are not sufficiently rigid to support the weight of shoots the following growing season.  Commonly, 3 spurs are left the first year, but some growers may keep more to promote earlier production.  Growth vigor is concentrated into one or two shoots at the end of the spurs by shoot thinning early in the growing season.

A year or two after they are initiated, arms are divided and extended into two or more branching arms.  As before, ensure the new branches are as evenly spaced as possible.  Also at this time, begin to direct the arms upward as well as outward.

After several years of conscientious training, goblets with a diameter of 24 to 30 inches and about 7 to 9 evenly spaced spur positions are the result.  From this point, maintenance of the goblet is the goal and for this reason, canes are typically pruned to 1-node spurs during each winter.  Periodically, to maintain the goblet size and shape, a spur arising from old wood on the arm below the current spur position is retained at pruning and the portion of the arm beyond is removed.

Slow return on investment is the major disadvantage of head/gobelet trained vines.  Other limitations, such as limited fruit yields and poor adaptability to mechanization, limit head training to production of high priced winegrapes.  Fortunately, fully established, well-formed gobelet trained vines normally lend themselves to this end for the following reasons:

These viticultural attributes are among the main reasons why many old head trained vineyards are highly valued in California. 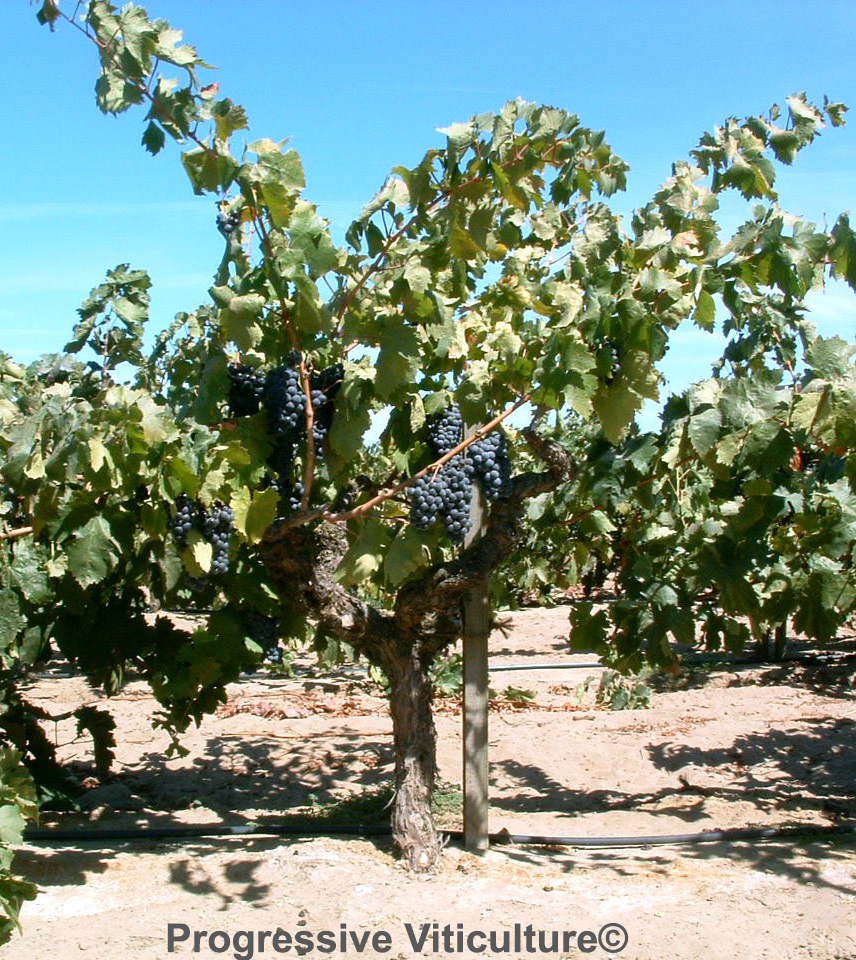 A version of this article was originally published in the Mid Valley Agricultural Services July 2008 newsletter and was updated for the blog post.