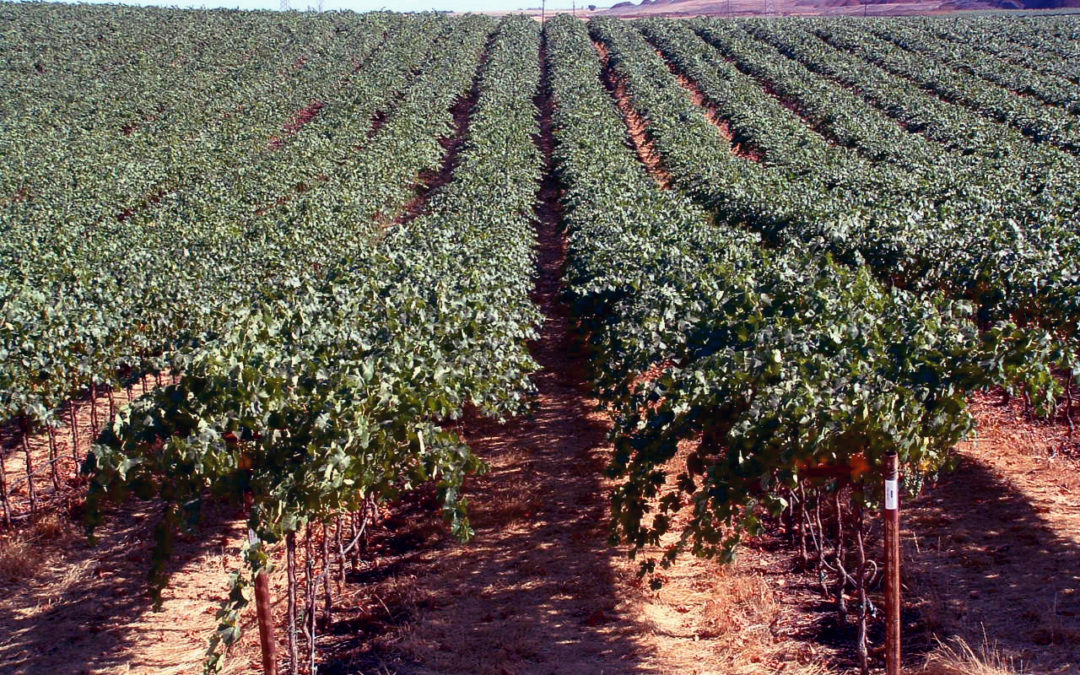 The climate of most of California is well suited to grape growing, with consistent warm, dry weather and ample sunlight hours during most of the growing season.  In addition, many California soils have the capacity to capture, store, and supply relatively large amounts of water from winter rains to grapevines, satisfying their early season needs.  These natural assets combine to make excellent conditions for growing winegrapes.  In fact, in some places conditions are so good that it is difficult to control the vigor of grapevine shoot growth and the extent of canopy development.

There are only a few options for controlling grapevine growth capacity and its partitioning into shoot growth vigor and canopy development.  Some rootstocks are reputed to limit the vigor of shoot growth and canopy size, but in field trials on deep soils in warm climates the influences of most common rootstocks are small to negligible.  Similarly, deep-rooted cover crops, which compete with vines for soil resources, can slow shoot growth, but often insufficiently to achieve optimum canopy characteristics.

The most consistent method for controlling growth vigor is to dilute it into a greater numbers of buds through less severe pruning, either as more spurs or longer spurs.  However, for vineyards with conventional designs, such as a T Trellis, less severe pruning usually results in high shoot densities (≥ 9 per foot cordon) and congested foliage in the fruit zone (Fig. 1).  These canopy conditions are detrimental to fruit quality and fungal disease control. 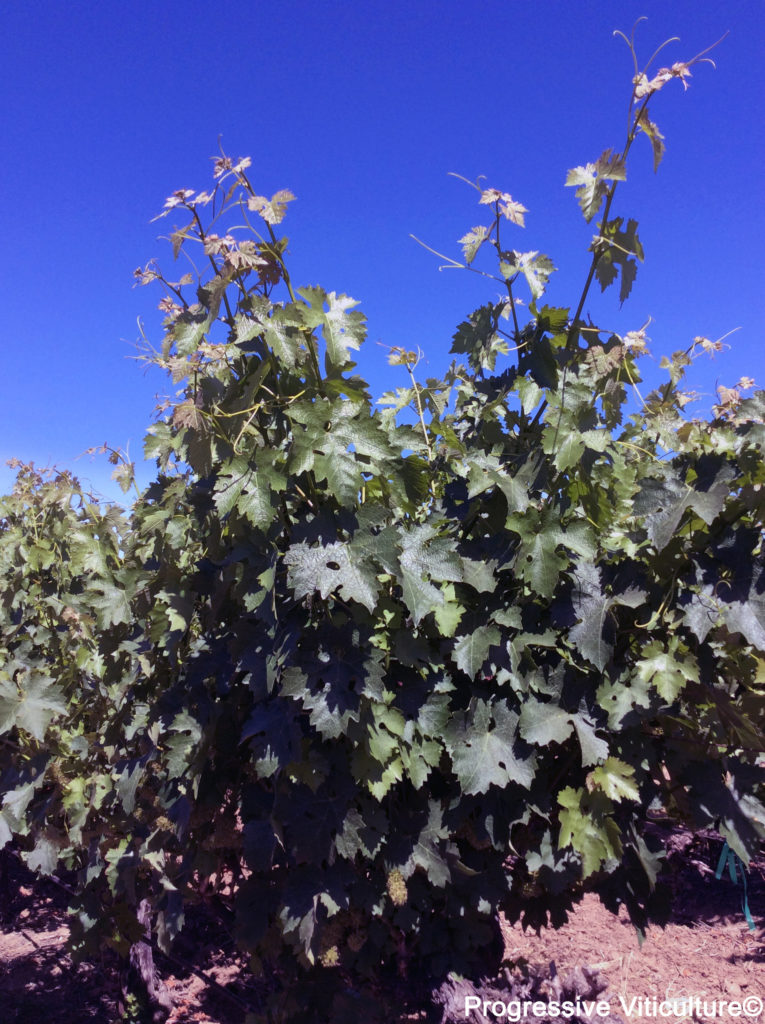 Removing alternate vines in the row and extending cordons on the remaining vines simultaneously adds spurs, moderates shoot densities, and devigorates shoot growth.  Better still, instead of longer cordons, configure vines with more cordons while developing vineyards.  In fact, quadrilateral cordon training on horizontally divided trellises is the most consistently successful method of diluting vine vigor (Fig. 2).  Its success is evident in the number of quadrilateral cordon trained vineyards in California, which have steadily increased since they were introduced in the mid 1980’s.  Horizontal canopy division also increases the amount of exposed leaf area and fruit yield per unit land, thereby increasing production efficiency (Fig. 3). 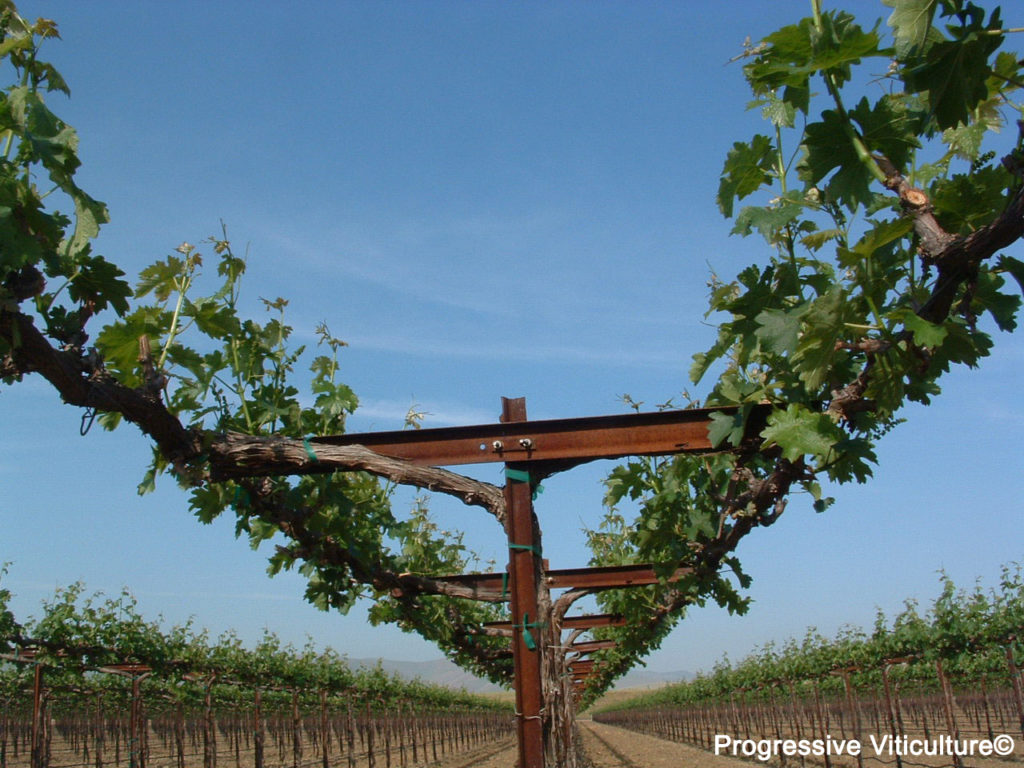 Varieties with draping shoots are also suitable for horizontal canopy division and quadrilateral cordon training, but foliage support is needed to minimize fruit exposure to direct sunlight (Fig. 5).  For varieties including Chardonnay, Petite Sirah, and many others, the Wye trellis is the most cost-effective option for horizontal canopy division.  It typically consists of a 24-inch cordon crossarm with a 42-inch foliage crossarm positioned about 14-15 inches above.  The 18-inch difference in length between the crossarms, with 9 inches per side, is essential for catching draping shoots and exposing a majority of the leaves they bear to sunlight.  In this configuration, vines may be mechanically pre-pruned (Fig. 6). 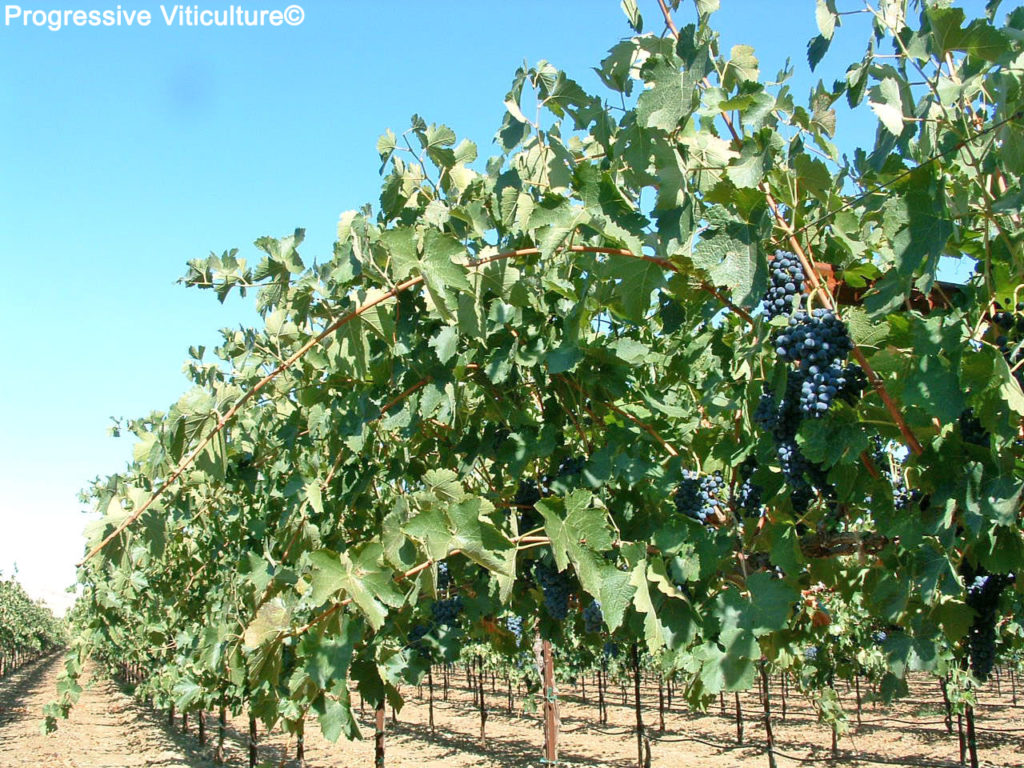 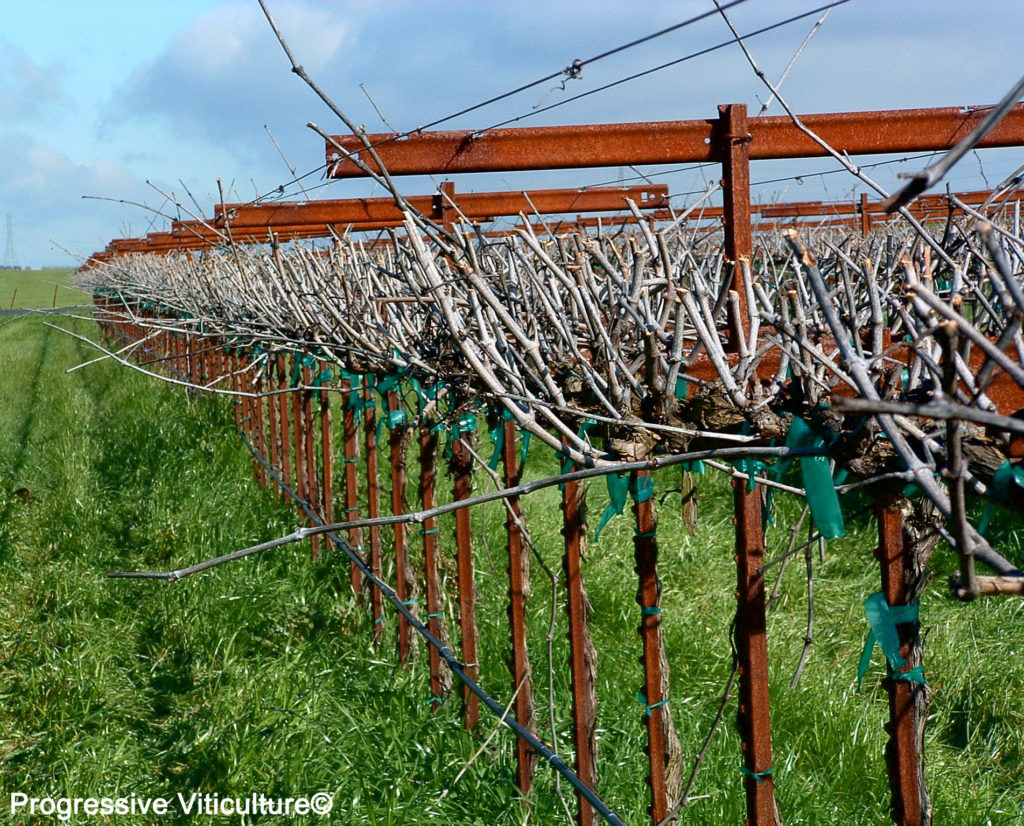 Cordons in vineyards with horizontally divided trellising systems are comparatively high, normally between 56-60 inches above the soil surface (Fig. 7).  The long trunks, in combination with the expanse of cordons, create large woody frames that have large capacities for nutrient storage.  Such capacities enhance vine resiliency to stresses and fruit ripening potential.  In practice, yields of ripe fruit on horizontally divided trellises commonly range between 6-14 tons per acre or more, depending on production goals and thinning practices. 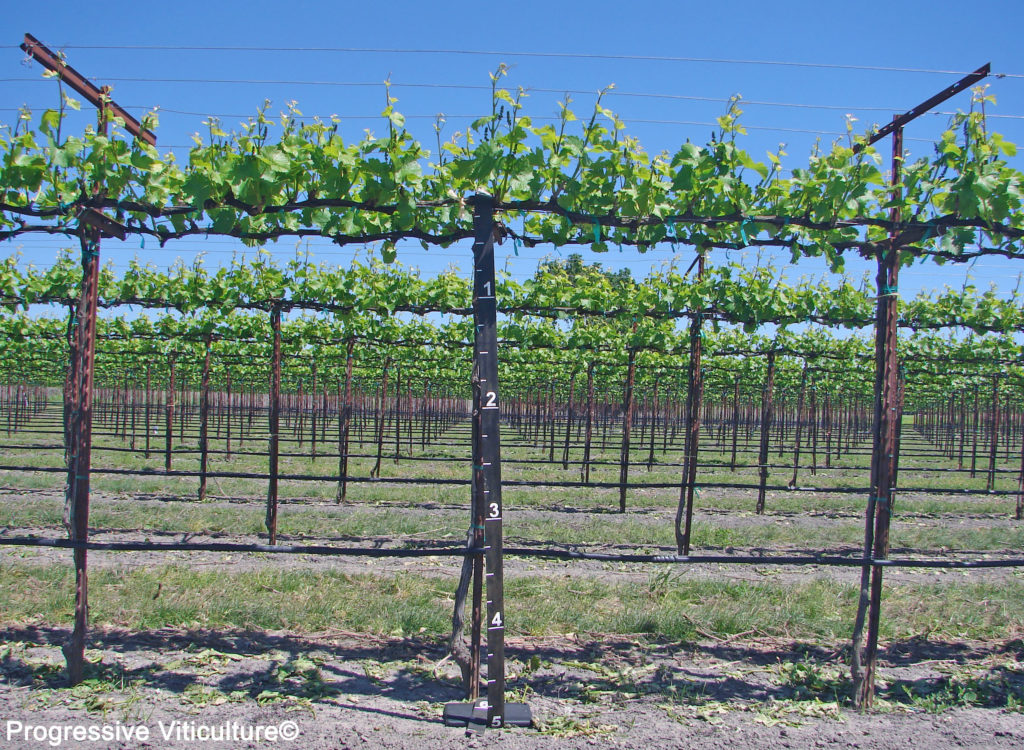 A version of this article was originally published in the Mid Valley Agricultural Services May 2003 newsletter and was updated for the blog post.

Weaver, R. J. and A. N. Kasimatis.  1975.  Effect of trellis height on with and without crossarms on yield of Thompson Seedless grapes.  Journal of the American Society for Horticultural Science.  100, 252-253.