‘NORMAL’ GROWING SEASON IN LODI COULD MAKE FOR AN EPIC VINTAGE 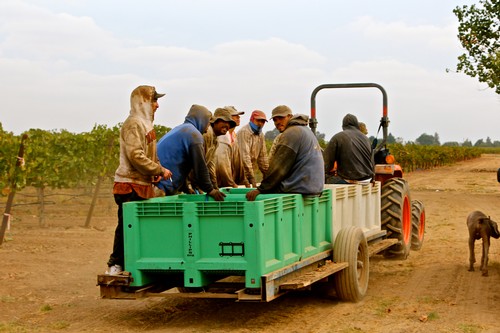 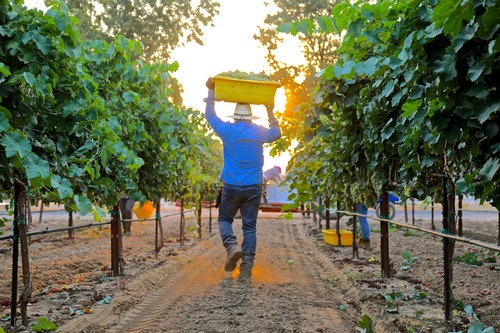 A worker carries a tote filled with Clairette blanche at Acquiesce Winery in Acampo (photos by Randy Caparoso).

The area takes on a different look and feel.

Earthy aromas waft as workers tend the vineyards, and pick-ups line roads in clusters here and there where the action is taking place. Tractors amble on two-lane byways, creating a line of trailing passenger cars waiting for the chance to pass.

Much of the picking takes place at night when the air is cool. Harvesters, flood lights glaring, appear like UFOs from a scene in “War of the Worlds,” assembling to stage a sneak attack. In the morning’s wee hours, the streets generally are void of traffic but for big rigs hauling gondolas with their blinkers flashing. And an infectious, grapey fermented aroma emanates from the wineries.

“We transform and when we do it, we do it together,” said Ben Kolber, co-owner with Kris Gutierrez of KG Vineyard Management in Lodi. “Everyone looks out for each other. What an awesome place to be during harvest.”

A crew gets set to harvest at Phillips Farms in Lodi.

This year looks like it will be an awesome vintage. Though the annual California Grape Crush Report won’t be published until March 2019, early returns are pointing to an epic year for Lodi. Why? In growers’ vernacular, this year has been “normal.” After enduring several consecutive years with little rain, then drenched with more than twice the average amount of precipitation last year coupled with a late-summer heat spike, “normal” is a beautiful word for Lodi’s 750 wine grape growers.

“I think it’s going to come out to another good quality grape year and wine year,” said Bruce Fry with Mohr-Fry Ranches, whose family has farmed in California since the 1850s and in Lodi since the 1960s. “You sit on top of that (harvester) machine and see those grapes going on the conveyer belt, you can see what’s out there and what it looks like, and it looks like a very clean year again this year.”

To summarize the 2018 growing season: Bud break came a little late in the spring, then fruit set started in May and lasted into June. Veraison, when grapes begin to mature and take on their varietal color, progressed steadily. July was hot and the vines kind of shut down. August was relatively cool, September was moderate and rainfall amounts for the year have been average.

“We didn’t see anything like that heat spike we had in 2017 around Labor Day, which really taxed everything,” said Stuart Spencer, Executive Director of the Lodi Winegrape Commissionand winemaker for St. Amant Winery in Lodi. “It allowed the vines to stay healthy and continue photosynthesizing and ripening the grapes more naturally instead of just through dehydration.” 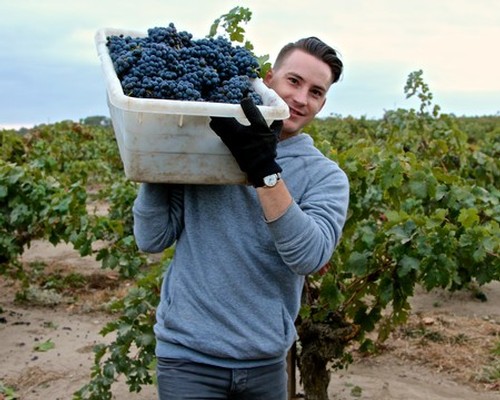 Last summer, sugars ramped up so quickly, growers scrambled to harvest before the fruit was damaged. This year has been much steadier. High heat hasn’t been an issue, nor was the recent rain shower that dropped as much as two inches in some spots. The forecast calls for good weather the next two weeks, so late-ripening varieties still on the vine, such as Cabernet Sauvignon, should be fine.

Mohr-Fry Ranches grows 12 wine grape varieties and specializes in old vine Zinfandel. Marian’s Vineyard, an 8-acre parcel of own-rooted, head-trained Zinfandel planted in 1901, produced about 4 tons per acre, a nice yield for a vineyard that old. The quality, Fry said, is top notch, which is good news for St. Amant, whose Lodi Native Old Vine Zinfandel comes from Marian’s Vineyard.

“The fruit looked beautiful,” Spencer said. “We were able to start picking on Sept. 6 and got it done mostly over the next two weeks. But it was much more gradual and there wasn’t any urgency about it. Things were moving along very nicely.” 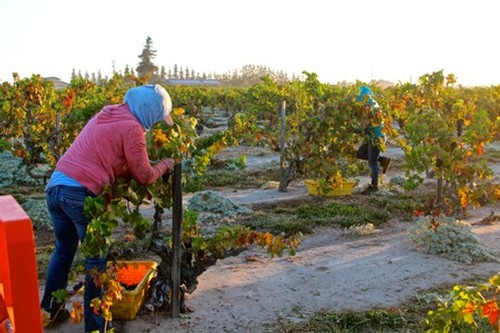 KG Vineyard Management farms about 40 different varieties on 2,000 acres spread throughout the Lodi Appellation, as well as Stanislaus, Sacramento and Yolo counties. Kolber said 2018 has been a great season, “especially compared to last season.” He’s especially excited about the Chardonnay and Pinot Gris his company farmed this year.

“Last year to this year, the quality is night and day,” Kolber said about Chardonnay, the most widely planted white variety in Lodi with 111,000 tons crushed last year.

“Pinot Gris was great this year. We had a little higher yield this year, but our canopies were strong. On the wine side, we tend to want a clearer white Pinot Gris. The trend is like that and we had great canopies to minimize color. I know the wineries that we sent Pinot Gris to are extremely happy with that.”

This year, Kolber harvested his first crop of Albariño from a vineyard he and his wife, Madelyn, planted three years ago on their property near the Sacramento-San Joaquin Delta.

“And it did great for us in its first year,” said Kolber, “early ripening, great flavor. I’m really excited for this variety to grow.”