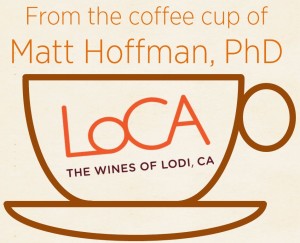 As our county’s University of California Cooperative Extension viticulture Farm Advisor, Paul Verdegaal is among the most trusted people in Lodi when it comes to advice about vineyard management. In fact, my Ph.D. research found Paul to be the most connected individual in Lodi’s network of advice sharing among growers and outreach professionals (Hoffman 2011). Giving sound advice is, after all, Paul’s job, and one he does well. Paul exemplifies the mission of Cooperative Extension, which is to bridge researchers and farmers. Like all good farm advisors, Paul lives and works in the community he serves, he takes a “boots on the ground” approach, and is committed to advising, educating, and searching for solutions. The Commission is fortunate to have Paul as a contributor to the Coffee Shop. 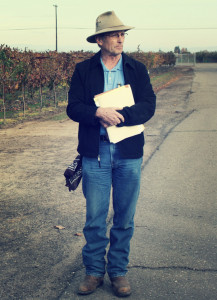 Here in Lodi, Paul needs little introduction and his qualifications need no justification, but it is nevertheless my goal to share something of interest about Paul’s expertise and experience in viticulture. Who knows, you might learn something new about Paul. He tells me his specialties are in irrigation management, varieties, trellising systems, rootstocks, some hard earned experience in weed control, nutrient management, entomology, and pathology. However, Paul seems to have learned something about everything pertaining to viticulture. He explained that his real focus is not on any particular aspect of winegrowing, but rather in how factors can be successfully brought together to achieve the goal of farming quality winegrapes. He told me that “It’s easy to grow grapes, but hard to do it well.”

Paul contributing to the Coffee Shop is a partnership is an extension of many years of collaboration between Paul and the Commission. Paul’s “In the Vineyard” column in the ourLodi Grower Newsletter has kept growers up to date on seasonal field observations. The most recent edition of which was published in the August 2013 Lodi Grower Newsletter. Paul is active in the Research, Education, and Communication committee and the Lodi Rules committee, and has served as a board member or alternate four times since 2004. Among Paul’s countless contribution’s to Lodi’s winegrape industry is Grape Day, which he has co-organized since 1987. Overall, Paul has invested in Lodi viticulture well beyond his UCCE Farm Advisor duties.

Paul has been advising Lodi winegrape growers for nearly a quarter of a century. He grew up in Ripon on a winegrape and almond farm, and earned a degree in fermentation science from UC Davis in 1976. Upon completing his degree Paul worked as a vineyard foreman for Pacific Agrilands. His interest in research eventually led him to working as a field and lab technician for UCCE. In this role he worked under James Kissler, who served as UCCE Farm Adviser until 1986. Kissler was influential on Paul’s career, and to this day Paul still recalls many of the lessons he learned while working for Kissler. On more than one occasion we have all heard Paul start a sentence with “As my predecessor, Jim Kissler, used to say… ”. Upon Kissler’s retirement, Paul was hired in his current position. His many years working with winegrapes have earned him great perspective. Today, Paul still describes his job in simple terms as consisting of field research, grower education, and problem solving.

Field research is an important part of Paul’s contribution to Lodi viticulture, and he claims he has learned much of what he knows about growing winegrapes from field research trials. Today, Paul partners with a number of local growers to carry out research projects. Among his better known projects are the demonstration blocks and the mechanical pruning trial at the Liberty Winery research vineyard (see previous Coffee Shop post) and the wood canker management trial on the John Kautz Vineyard.

Another project, which might not be as well known, is the Zinfandel Heritage Vineyard project. The heritage project was the joint work of the UC Davis Viticulture and Enology Department (V&E) and UCCE viticulture farm advisors, including Paul. The team collected cuttings of 90 different Zinfandel clones from around California, and selected about 20 for uniqueness and potential for quality wine. The clones were established in the official Heritage Vineyard at the V&E Oakville Field Station in Napa. In describing the project’s goals, Jim Wolpert of UC Davis V&E, was quoted as saying the goal “… is to help the industry discover answers to some of the mysteries surrounding Zinfandel and to preserve the special qualities of the old vines for future generations”. The heritage project is of particular relevance to Lodi since our identity as a wine region, our history, and our economy is wrapped up in the variety. Paul, and the Bechthold family, have recently brought a piece of the Heritage Zinfandel Vineyard to Lodi. They bud grafted several Zinfandel clones onto St. George root stock in a small vineyard block on the Bechthold’s property along CA Highway 12. The vineyard is a living museum of Lodi’s rich history with Zinfandel and serves as a genetic safe deposit box of the Primitivo clone, which Lodi’s agricultural economy greatly depends on. In the near future the Lerner Family of Harney Lane Winery will also be establishing a heritage Zinfandel block, and plans to experiment with wine lots from different clones. Growers and wineries interested in planting vines from the heritage collection should place a request with their nurseries, since UC Davis’ Foundation Plant Services has made clean stock available to the industry. 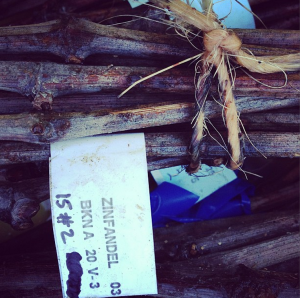 Perhaps one of Paul’s least known projects is also one of his oldest. Since 1992 Paul has been managing what he calls an “observation variety trial”, in which uncommon winegrape varieties are planted and evaluated on their commercial potential and suitability to Lodi’s unique geography. Paul tells me the trial includes Spanish and Italian varieties such as Graciano, Morrastel, Barbera, Durif (Petite sirah), Sangiovese, Marzemino. He listed some Portuguese varieties too, including Touriga Francesa and Souzão. While some of these varieties are not unheard of in Lodi, there was a time when they were. Paul gives the example of Tempranillo, which he said used to be considered locally as not suitable for premium wine. It was used for blending, and went by the name Valdepeñas. Today, however, Lodi growers and vintners have learned that Tempranillo wines bearing Lodi on the label can be of excellent quality and are popular among consumers. Other varieties in Paul’s variety trial are still relatively unknown to most of us. Growers and vintners looking to experiment with a rare variety, and maybe “discover” the next trendy wine, might consider calling Paul to take tour and learn more.

Paul is an indispensable resource, and while he is looking forward to sharing some of his insights here on the Coffee Shop, he wants growers to know that he is available to assist area growers face-to-face in any of their winegrowing efforts. Paul will tell you that there is no such thing as a typical work day for him, but he makes up to three field calls per day to visit growers and troubleshoot their vineyard problems. He is available by phone and email, and can be contacted at (209) 953-6119 or psverdegaal@ucanr.edu. We are, as I mentioned previously, fortunate to have Paul contribute to the Coffee Shop and look forward to reading his postings.