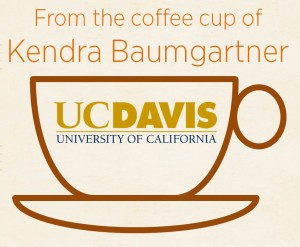 Thanks for reading Part III of this series on understanding and managing trunk disease in Lodi vineyards (also referred to as wood canker). Winegrape trunk diseases present a serious challenge to Lodi winegrape growers. These fungi come in several flavors including Botryosphaeria dieback, Esca, Eutypa dieback, and Phomopsis dieback. Many vineyards in California are likely infected by one or several trunk diseases. The economic consequences of infection are serious, as yield losses in severely symptomatic vineyards can reach over 90%. The overall economic impact of losses to Eutypa alone just in California has been estimated at 14% of gross value. Trunk diseases take a long time to develop and often become symptomatic only years after infection has already occurred. Once trunk canker diseases are established, management options are limited at best. While preventative management practices are available, growers may be hesitant to use them due to uncertainties about cost-effectiveness and their efficacy for preventing future risk of infection. 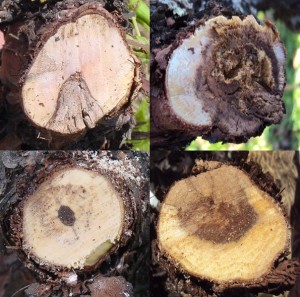 This Coffee Shop article reports on results from a survey of attendees of the Managing Trunk Disease Symposium, hosted by the Lodi Winegrape Commission on November 5th, 2013. The results provide insight into which practices growers are employing to prevent and mange trunk diseases and growers’ opinions about the efficacy and cost-effectiveness of these practices. We used Turning Point, an electronic audience response system, to conduct the survey. Farm advisors and other industry representatives assisted with survey question design prior to conducting the survey. Up to 82 individuals responded to any given survey question. We are conducting similar sessions in other winegrowing regions throughout California over the winter of 2013-14.

This Coffee Shop article reports on results of the survey completed by Lodi growers who attended the November 5th Trunk Disease Symposium.

This Coffee Shop article is the third in a three part series on the topic of winegrape trunk canker. In Part I one of this series we discussed how to identify trunk canker diseases, practices to prevent them, and management strategies for new and established vineyards. In Part II, we dug deeper into the subject and learned about the diseases’ historical development in California, how the disease impacts vineyards, its symptoms, how it spreads among grape vines and across crops, and we will also identify some resistant winegrape cultivars. This was written by Kendra Baumgartner PhD, Renaud Travadon PhD, and Vicken Hillis PhD, with grant funding from the USDA-NIFA Specialty Crop Research Initiative

Survey respondents use delayed pruning in order to prevent trunk disease far more than they do double pruning or pruning-wound protectants. For all three practices, the majority of respondents begin using the practice in vineyards between 4 and 12 years old. Respondents rated delayed pruning as more effective, in terms of maintaining yield, increasing lifespan, and cost-effectiveness than they did double pruning and pruningwound protectant. Respondents rated all three practices positively for yield and lifespan but negatively for cost-effectiveness. 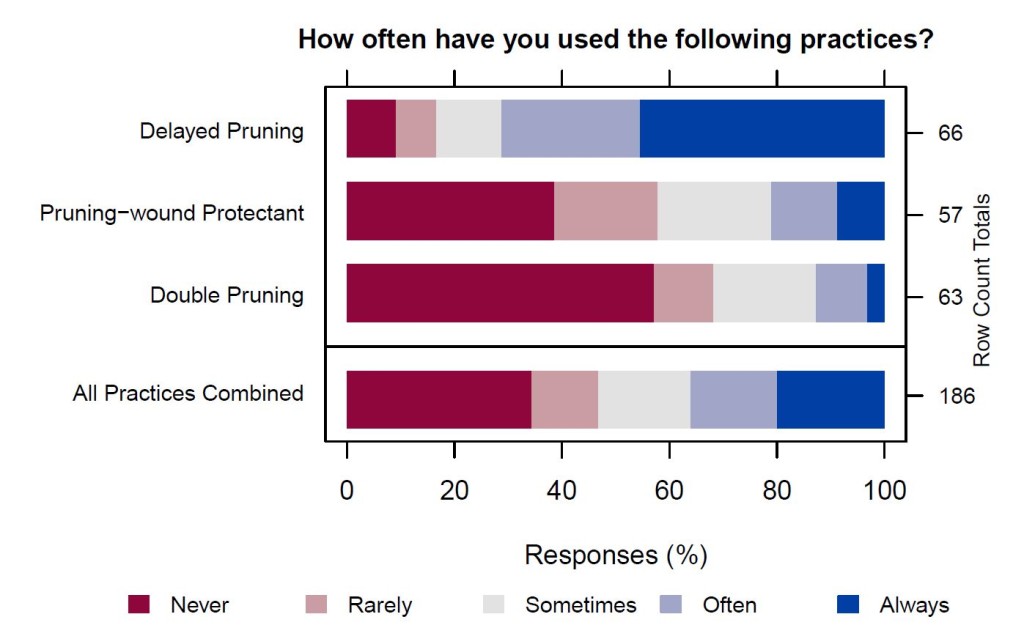 Figure 1: Percentage of responses to the following question: In the last five years, how often have you used (or advised) delayed pruning to manage trunk diseases?Answer options are shown in the legend at the bottom of the figure. Total number of responses to each question is shown on the right, labeled as Row Count Totals.

We also asked respondents what the typical age of a vineyard was when they first started using each of the practices. Because these practices are most effective when used as preventative measures before infection occurs, the age of the vineyard at first use is an indication as to whether the practices are being used optimally. As seen in Figure 2, for all three of the practices, the majority of respondents reported typical first use to be in vineyards between 4 and 12 years old. It’s highly likely, therefore, that some respondents are starting to use these preventative practices after infection has already occurred. 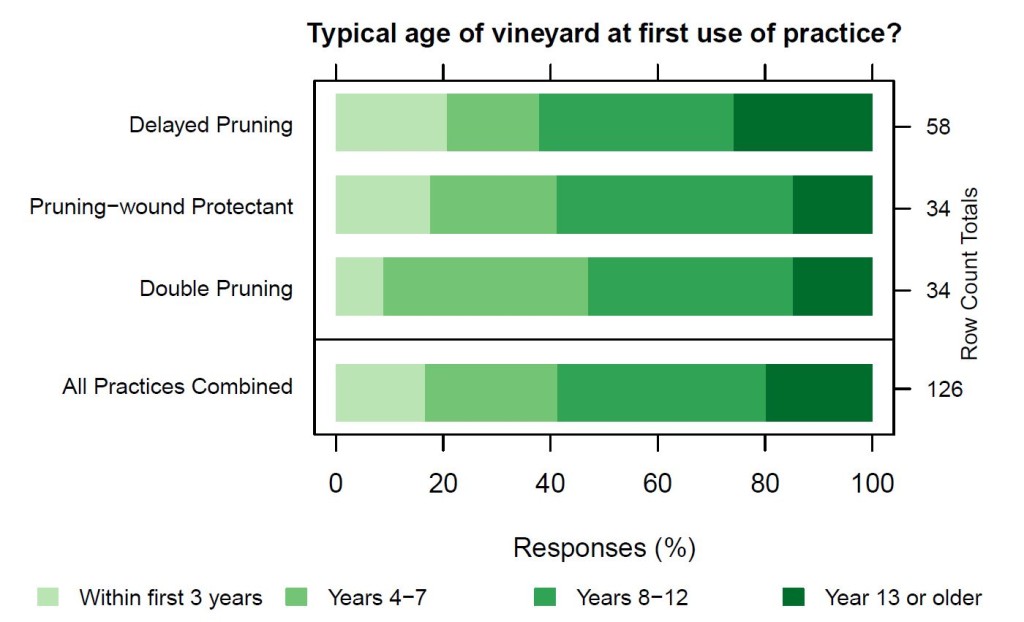 Figure 2: Percentage of responses to the following question: In the last five years, what was the typical age of the vineyard when you started using (or advising) delayed pruning to manage trunk diseases? Answer options are shown in the legend at the bottom of the figure. Total number of responses to each question is shown on the right, labeled as Row Count Totals. 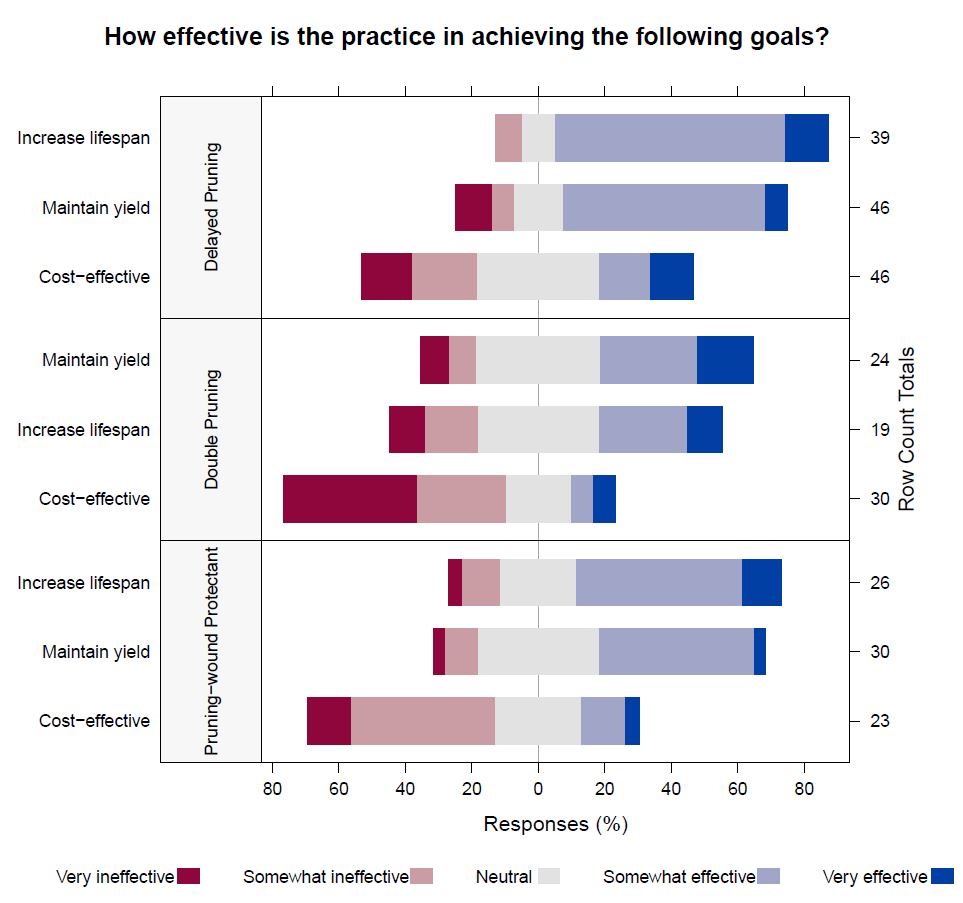 Figure 3: Percentage of responses to the following question: In the last five years, how effective was the following practice in terms of: maintaining adequate yields / increasing lifespan / cost-effectiveness? Answer options are shown in the legend at the bottom of the figure. Total number of responses to each question is shown on the right, labeled as Row Count Totals. There are fewer responses for double pruning and pruning-wound protectant because fewer respondents reported using these practices, and thus were not able to offer an opinion as to their efficacy. The x-axis is plotted to split neutral responses in half in order to facilitate a comparison between total negative and total positive responses for each item. Efficacy-measures are ordered with practice by total positive response, so note that they are not necessarily in the same order for each practice.

Similar surveys are being conducted in other winegrowing regions of California in the winter of 2013-2014. We are also conducting economic cost-benefit studies to better understand the long term costs and benefits of different management practices in a range of scenarios. Combined, these research efforts will provide us with a better understanding of the long-term efficacy of these management practices and the incentives motivating grower decision-making. We hope that this information will, in turn, provide growers and other managers a better understanding of how best to deal with trunk diseases. Contact Vicken Hillis with questions regarding this Coffee Shop article at avhillis@ucdavis.edu.