Here are the basic facts of water in vineyards. Water resides in the soil, the atmosphere, and the grapevines. The water in these vineyard elements is interconnected and forms a continuum. In California, after the last spring rain, water moves mostly from the soil to the atmosphere, either directly through evaporation or indirectly through the vines as they transpire.

The following is another fact. Efficient and low risk water management can only be achieved when all three components the vineyard moisture continuum are monitored and their conditions considered in scheduling decisions. Vine stress from either too little or too much water is usually due to failure of the vineyard manager to monitor one or more parts of the moisture continuum. Quite often, the neglected component is soil moisture. This is ironic because the soil serves as the moisture reservoir for grapevines and vineyard water management is largely an exercise in soil moisture management.

This article was originally published in the Mid Valley Agricultural Services’ February 2014 newsletter. 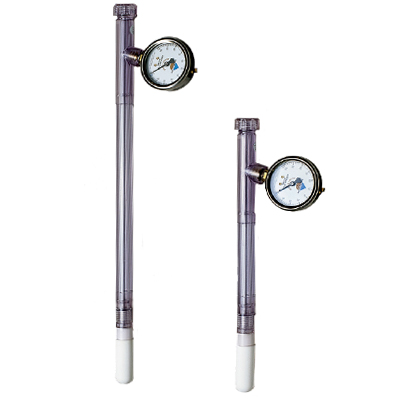 Our senses of feel and sight are the basis for the oldest technique for estimating soil moisture. Simply collect a handful of soil with a probe or shovel and tightly squeeze it. For most soils, the lack of staining or very light staining on the palm of your hand indicates a need for water. While this method works fairly well for characterizing topsoil moisture, difficulty collecting representative subsoil samples limits is usefulness for most vineyards.

Soil moisture tension is the force by which water adheres to soil particles. It is very low in fully wet soils and increases, slowly at first and then rapidly, as soils dry. Soil moisture tension is roughly proportionate to the energy required for water uptake by plants. Actually, it is a negative force measured in pressure units, commonly as centibars (cbars). 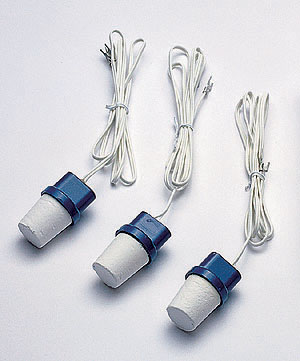 Moisture content sensors measure how much water is present relative to the amount of soil. They do not provide any information regarding the degree of water adherence to the soil matrix or ease of water extractability. Water content readings may be calibrated for soil moisture tension, but in practice this is seldom necessary because changes in soil water content are often more important than the actual values for scheduling irrigations.

Two types of instruments are available for measuring soil moisture tension. The first are tensiometers. They consist of a plastic tube with a vacuum gauge on one end and a porous ceramic tip on the other, which is inserted into the soil (Figure 1). The tube is filled with water, which through the porous tip, this water forms a continuum with the moisture in the soil. As the soil dries, moisture in the soil pulls on the column of water in the tube, creating a vacuum that registers on the gauge. The greater the reading, the drier the soil. Tensiometers are very accurate to about -85 cbars at sea level, making them suitable for well watered for vineyards. The main disadvantage of tensiometers is their periodic need for refilling.

For vineyards subjected to a greater degree of drying and water stress, resistance blocks are a better option. They have an operating range of 0 to -199 cbars, which corresponds to saturated and air dry soils, respectively. Resistance blocks consist of two electrodes embedded in a porous media, which equilibrates with soil moisture (Figure 2). The drier the soil and the sensor, the greater the resistance to electrical currents between the electrodes and the higher the reading recorded on a meter or data logger, which also provides the current for the sensor. 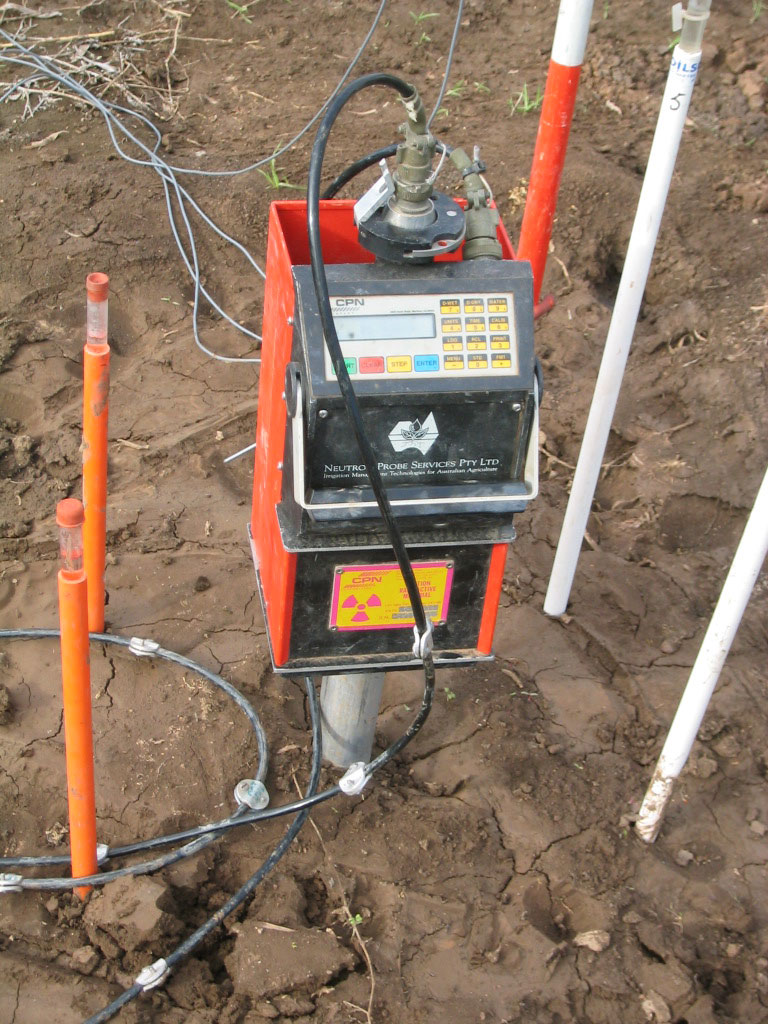 For measuring soil moisture content, two types of instruments are used. Neutron probes are the most accurate of all soil moisture sensors, principally because they measure a comparatively large soil volume (Figure 3). Neutron probe use, however, is mainly limited to researchers and irrigation consultants because they are expensive to purchase and operate. The high operational costs are associated with radioactivity (an americium 241/beryllium pellet) and the required training, handling, licensing, and inspections.

Dielectric sensors are low costs alternatives for soil moisture content measurements. These instruments sense a soils capacity for transmitting electric pulses, which is highly dependent on soil moisture. Capacitance sensors are the most commonly used type of dielectric sensor. They are available as small sensors designed to be installed at varying depths like resistance blocks or as probes for measuring moisture over specific depths (Figure 4).

While soil moisture information represents only one component of a vineyards moisture continuum, it may serve as the primary factor for irrigation decisions. In these cases, a threshold soil moisture tension or a specified percentage of soil moisture content depletion are the basis for scheduling irrigations. Soil moisture readings collected, transmitted, and charted at regular intervals facilitate this process. Such information is received and viewed on office computers and hand-held devices. These systems represent the state of the art, but often starting simple and inexpensive is the best option for those new to soil moisture monitoring.