Potential for Biological Control of Brown Marmorated Stinkbug in California 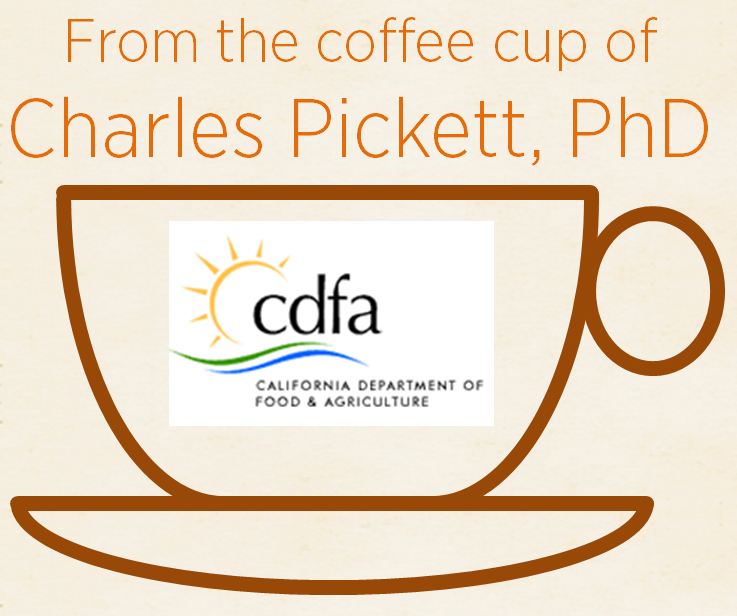 The  brown marmorated stink bug (BMSB), Haylomorpha halys, was first reported in California in 2002 and was found as a live adult in a storage locker in Riverside County. This interception (as opposed to found in the environment) was followed by a similar finding in Vallejo, Solano County in 2005. The first well established, reproducing populations in California were reported from Pasadena in 2006. A large, reproducing population was first found in Sacramento in 2013, and since then we have learned of similar populations in Chico, Yuba City, Stockton, and San Jose (Fig. 1).  Trapping and surveys are continuing state-wide to define the distribution of this pest and how fast it is spreading. Because of its natural ability to hitchhike around the state, there are no quarantine or eradication efforts in place. As a B-rated pest, BMSB is regulated solely at the discretion of county agricultural commissioners. The heightened concern over this pest is due to its established track record for causing serious damage to a wide array of fruit and nut crops (including grapes), and vegetables and some field crops, all based on published reports from the mid-Atlantic states, and now Oregon. To date it appears that it prefers tree fruits over grapes. Furthermore, it is a nuisance pest since it has a propensity to overwinter inside human structures such as homes, sheds, and garages. 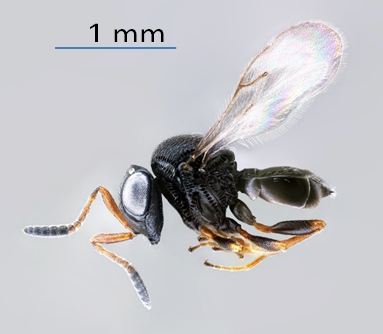 Good control of this pest is difficult with insecticides and is currently limited to mixes of organophosphates and pyrethroids which kill not just BMSB, but all insects.  Therefore, in an attempt to preserve past IPM practices with limited pesticide usage, there is a national effort to explore the use of natural enemies, i.e. parasitoids and predators, known to feed on stink bugs.  Surveys over nine years in eastern United States have found some predators but most importantly, parasitoids attacking BMSB. However, the rates of attack are too low to seriously impact the stink bug’s populations, usually less than 10%. In eastern Asia, the native home of BMSB, when egg masses are found usually 2/3 of them have been attacked by parasitoids. When egg masses are attacked, typically 100 % of the eggs are parasitized. These are natural enemies that have co-evolved with BMSB over thousands of years such that they are specialized in searching for and developing in these bugs. Dr. Kim Hoelmer with the USDA Agricultural Research Service (ARS) Beneficial Insects Introduction Research Unit in Newark, Delaware has explored eastern China, South Korea, and Japan for such parasitoids. Although several species of parasitic wasps have been found, there is one that has been found far more common than all the rest. Trissolcus japonicus is a very small 1 – 2 mm stingless parasitic wasp that attacks the egg stage of BMSB (Fig. 2). Rather than the adult wasp eating these eggs, they insert one of their own eggs inside those of BMSB. While developing to an adult, the immature wasp eats and kills the stink bug embryo. A majority of the eggs collected in eastern Asia are parasitized by T. japonicus. Most encouraging is the low number of BMSB that have been found by entomologists when searching for these parasitoids. A good collection day would result in finding at most 4 egg masses. Of these, most will be parasitized by T. japonicus. 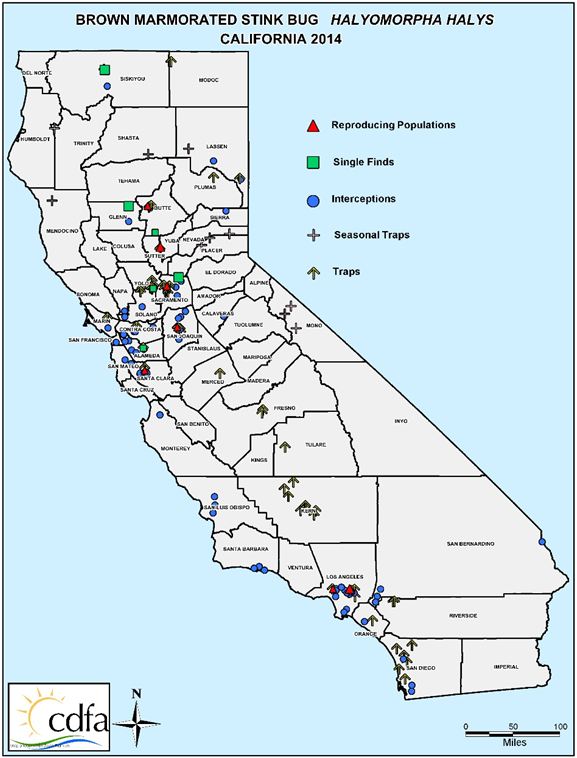 In order to release this parasitoid in the US, scientists must demonstrate that the wasp has a restricted diet. It only attacks and develops on BMSB or closely related species. To fast-track these studies,  Drs. Kim Hoelmer and Christine Dieckhoff with the USDA ARS in Newark, Delaware are coordinating these studies with other states: Florida (Florida Department of Food and Consumer Affairs), Oregon (Oregon Department of Agriculture), Michigan State University, and California (CDFA, University of California, Riverside). Sixty-two species of stink bugs have been tested over the last 4 years. Of these, thirty-two species of non-target insects were attacked to some degree using very conservative no-choice testing conditions: a small vial with only eggs of the non-target stinkbug. These species have then been subjected to choice testing (exposed to eggs simultaneously of BMSB and a non-target, native stink bug); fourteen of the non-targets experienced varying levels of attack, from minor to significant. 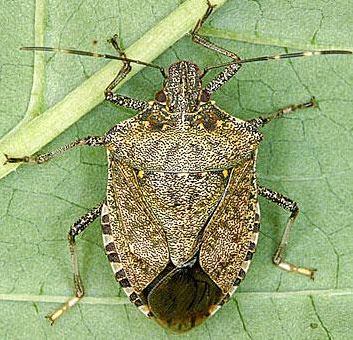 It is clear that to date, T. japonicus has demonstrated a strong preference for BMSB, but has the physiological capability under artificial settings to develop on other species of stink bugs. Its diet is limited to members of the stink bug family and another closely related family, but it can develop on more than one species. Additional studies are underway, therefore, to measure the attack rate of T. japonicus on non-targets which it has attacked in current studies, but under far more natural, complex conditions in a quarantined, laboratory setting. In an interesting turn of events, T. japonicus was recently found attacking egg masses of BMSB used in an experiment to measure parasitism of eggs by native parasitoids in different types of habitat in Maryland. These wasps had to have arrived in the US in an accidental way similar to BMSB, probably inside BMSB egg masses on plants shipped from Asia to Maryland.  Entomologists will survey the same areas this summer to determine if T. japonicus survived an unusually cold winter, and if they prefer any specific kind of habitat. More importantly, it will be an opportunity to compare laboratory results with what actually happens in the field: to what degree does T. japonicus develop on species of stink bugs other than BMSB. 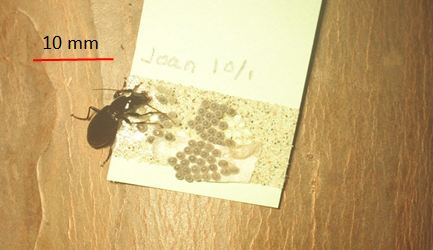