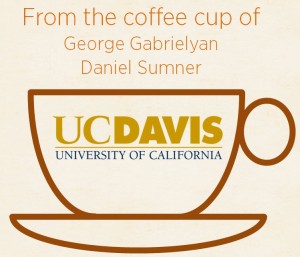 California agriculture exported about 26% of its production in 2013 worth $21 billion. The top six destinations for California agricultural exports are Canada, European Union, China (including Hong Kong), Japan, Mexico, and Korea. Most export destinations rely almost exclusively on West Coast ports. The slowdown did not greatly restrict shipments from California to Mexico and Canada because most shippers use rail and truck for that trade. Exports of some products to Europe rely initially on rail and trucks and then shipping from eastern ports. The top seven California export commodities are almonds, dairy products, wine, walnuts, pistachios, table grapes, and oranges. Markets served by West Coast ports are important for all these commodities.

The port slowdown in late 2014 and early 2015 had the potential to damage California agriculture significantly. We examine several potential impacts: loss of export volumes, added costs of exporting from alternative ports, lower prices as products are diverted to the North American market, and loss of reputation as a reliable supplier. Another key fact about California exports to Asia is the surplus of containers and cargo ships arriving in West Coast ports, implying relatively low export shipping costs for the “backhaul.”

The West Coast port delays that began in the summer of 2014 and lasted until near the end of February 2015 cost California agriculture dearly. As the delays extended into the winter, citrus exports were hit while exports of storable crops to Asia also slowed. The story for wine is more complex, because California both imports and exports wine through West Coast ports. Shippers took measures that imposed extra storage, transport, handling and financing costs. However, ending the slowdown in February allowed California to avoid much more damage to annual exports and season average prices. 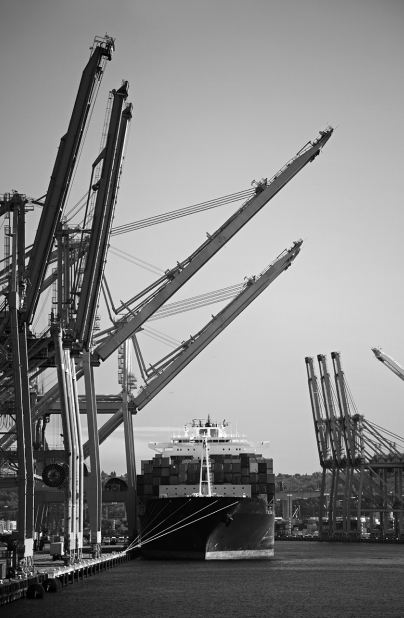 Chronology and Initial Impacts of the Port Delays

The new round of negotiations between the International Longshore and Warehouse Union and Pacific Maritime Association that began in May 2014 did not go well. Labor contracts expired in July 1, 2014 and ports operated without a formal contract since then. Noticeable increases in congestion in the ports of Long Beach and Los Angeles emerged in the late summer of 2014. Backlogs at the Port of Oakland became noticeable by late November. These ports are nationally important; fully one-third of U.S. agricultural exports are shipped from the West Coast. Therefore, finally, on February 20, 2015, U.S. Secretary of Labor Tom Perez facilitated a tentative contract covering West Coast dockworkers. After almost nine months of delays, the normal operations resumed on the evening of February 21, 2015.

Due to the port slowdowns, products that were previously exported from West Coast ports had four options: 1) ship as usual and simply wait for available cargo ship space, 2) delay packing and hold products for shipping later, 3) reroute products through other ports, or 4) sell in the North American market. Some options were not economically feasible for some products, and shippers of different products used different combinations of feasible, yet still costly options. The magnitude of losses depended on storage capability, the ease of finding new export markets and the importance of West Coast port exports, especially to Asia, in the market for that product. 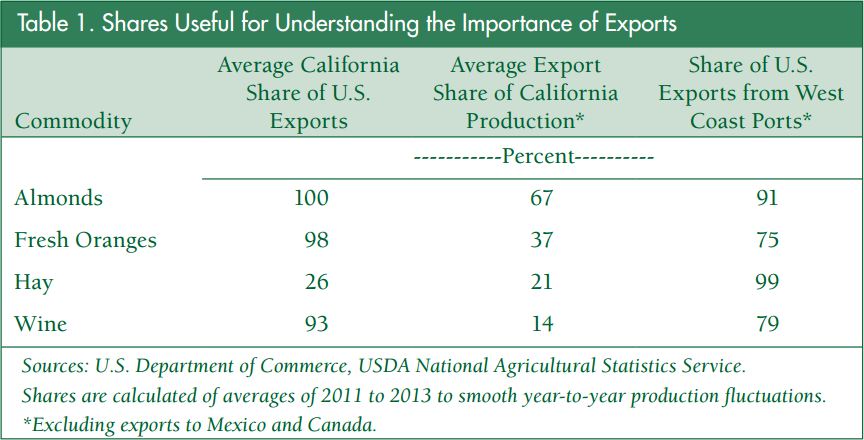 Press reports during the port slowdown highlighted short-term effects on California agricultural shipments. The largest navel orange shipper, Sun Pacific, normally shipped 350 containers of fruit a week during February, but company President Al Bates said the port delays cut that flow of exports in half. Blue Diamond, the large almond cooperative, noted that relatively solid export shipments for the drought reduced 2014 crop, “would have been even stronger if not for containers held up in West Coast ports due to union inactivity.” The U.S. Forage Export Council noted slow exports in the late fall and early winter and said, “a big carryover of unsold 2014 inventory will impact the 2015 crop, perhaps in price and volume.”

This article was originally published by the authors in ARE Update, Vol.18, No. 4, March/April, 2015. The issue can be accessed by clicking HERE. The ARE Update is a bimonthly magazine published by the University of California Giannini Foundation of Agricultural Economics for the purpose of providing wide dissemination of research results and expert opinion from faculty and graduate students in agricultural and resource economics at UC Davis and UC Berkeley. 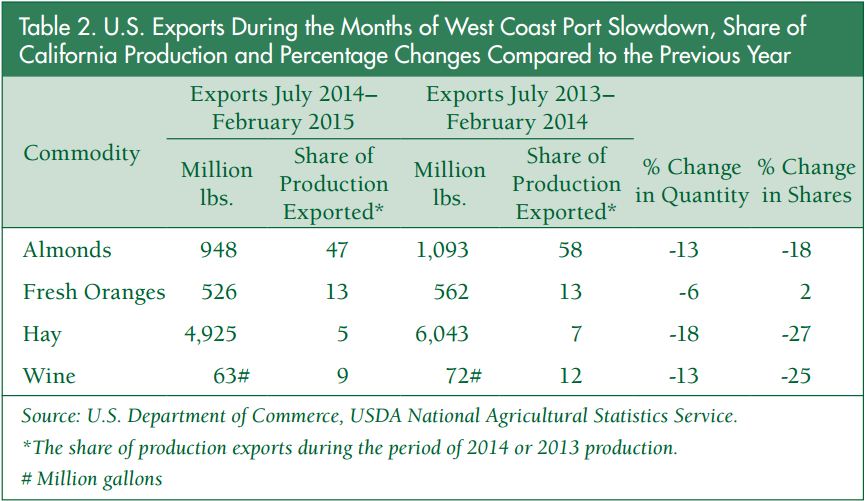 Our information on almond exports is supplemented by data from the Almond Board of California, which compiles monthly export reports. In addition to showing severe cuts during the months of the slowdown, the Almond Board reports that in March 2015 almond exports rose by 40% compared to March of 2014, indicating the magnitude of the backlog of almonds that had not been yet shipped. Almond Board data suggest the equivalent of a full month of backlogged exports that need to be shipped.

The detailed story for oranges is important because seasonality is crucial. Orange exports are typically low from July through October, and then shipping grows from November to the peak in March. April and May are also large export months. The industry expressed concern because November 2014 exports through the affected ports were only about half of 2013 shipments, and December 2014 exports were down by about 10%. January and February exports in 2015 were about the same as 2014, and the prospects for March, the peak export month, were bleak given the need to move a perishable crop into Asian destinations with limited market windows.

Market Impacts of the Port Slowdown

Shippers delayed or diverted exports from West Coast ports and those responses to the slowdown caused two current market impacts on quantities, prices, and revenues. Supplies shipped to export destinations declined and supplies in the North American markets rose, at least temporarily

Almonds. Almonds are storable and exports from the affected ports account for shipments of half or more than half of the crop. California almonds dominate the supply in almost every market, which means market prices may respond to the reallocation of the crop. As shipments of almonds were diverted to other ports or other markets, there was the potential for the market price to rise in the shorted markets. However, there was also the likelihood for the price to fall in the North American market. So long as the full crop is marketed over the course of the year, these two price impacts tend to offset each other. Season average market prices and overall quantities are mainly affected by the size and quality of the crop and other demand side factors. 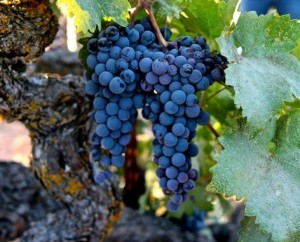 Fresh Oranges. As a perishable crop, some of the oranges not shipped in November and December were lost. Also, early season prices tend to be higher so delayed shipments reduced revenue. The diversion into later exports and into the domestic markets tended to reduce prices in the North American market and in the spring season. California is the main source of navel oranges in North America and in some key Asian markets such as Korea. However, oranges face competition from other fresh citrus such as mandarins during the winter and spring, so we expect price impacts to be muted. The port delays ended before the peak export months of March and April with moderate crop-year impacts.

Hay. Almost all hay ships through West Coast ports to Asian markets. California hay competes with hay from other western states in both the export and domestic markets. California is a larger consumer of hay as well as a large producer, so the share of California hay exported is likely less than that of some nearby states. Very little California hay is shipped to other states but significant amounts of hay from other states are consumed by California dairies and other livestock operations. The port slowdown may have caused slightly higher export prices and slightly lower prices in California, but the impacts are small relative to the effect of the drought.

Wine. California wine dominates U.S. production and exports but competes directly with wine imports, which are much larger than exports. Much of the imported wine, especially bottle wine, enters through eastern ports unaffected by the slowdown. However, bulk wine that is packaged in California enters through West Coast ports. We estimate a rough balance between imports and exports affected by the slowdown. That means wine market impacts were muted.

We considered examples of four specific affected industries in this study. However, the results are broadly applicable, with appropriate adjustments, to those other parts of California agriculture, such as dairy products, processed tomatoes, and other tree nuts that also rely on West Coast ports. Our analysis showed why we expect only moderate seasonlong market impacts from the port slowdown. Shippers coped with the slowdown in ways that mitigated its economic impacts. They also were able to apply enough pressure to end the slowdown before much more serious damage occurred. In particular, ending the slowdown before the peak months of orange exports reduced losses for that industry.

We do not suggest that the slowdown had negligible impacts. All the measures that shippers took imposed extra storage, transport, handling and financing costs. However, ending the slowdown in February allowed California to avoid much more damage to annual exports and season average prices.

A final consideration is more worrisome. The supply disruptions caused by the port slowdown forced importers in major markets to consider alternative supplies or alternative products to service their markets. A reputation for reliability crucially defines California agriculture and export interruption threatens that reputation. Fortunately, the port delays ended before lasting damage occurred.