Nitrogen Part I: The Pivotal Mineral Nutrient in Vineyards

In wine grape growing, nitrogen (N) receives a great deal of attention for several reasons. First, N is a component of numerous molecules essential for life, including a wide array of proteins, nucleic acids, and chlorophyll. As a result, nitrogen has broader influence on grapevine growth and fruit production than any other mineral nutrient. When vines contain too little nitrogen, photosynthesis is depressed, growth is inhibited, and their foliage appears pale or yellowed (chlorotic). In contrast, when vines contain too much nitrogen, their growth is rapid, canopy development excessive, and foliage is dark green. In effect, the supply of nitrogen, like the supply of water, acts like a growth controller.

Second, nitrogen is commonly present in soils at levels insufficient for vine needs. Actually, in soils there are no naturally occurring sources of mineral nitrogen, such as nitrate and ammonium, which are the forms vine roots take up. Instead, native nitrogen occurs in organic forms and since most California soils are low in organic matter, they are also low in nitrogen. Grapevines have access to native soil nitrogen only after microbes convert it from organic to mineral (inorganic) forms, but microbe numbers and activities are often limited by low organic matter (fig. 1). 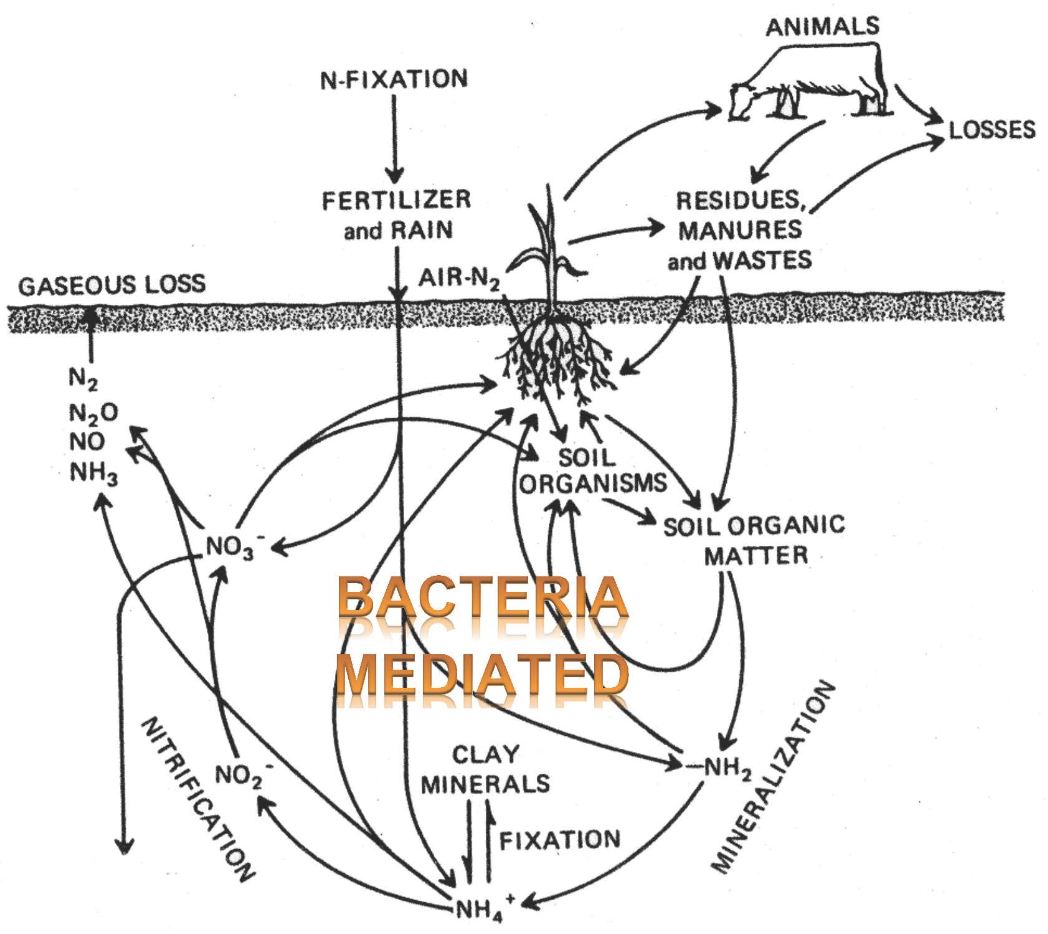 Fig. 1. The nitrogen cycle for an agricultural field less nitrogen removed with the crop. Source: Rovin and Hossner, Texas A & M.

Third, mineral forms of N are short-lived in soils. The efficiency of mineral nitrogen use by vines depends greatly on the presence of active roots near the available nitrogen. Soil microbes, by consuming mineral nitrogen, increase its residence time in vineyard soils and the likelihood of use by vines. If plant roots or soil microorganisms do not promptly take it up, mineral nitrogen may be lost to the environment with the off-site movement of runoff water, downward leaching with water percolating below the root zone, or emission to the atmosphere. 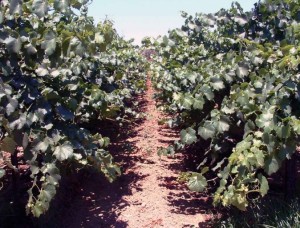 Fourth, due to high demand in developing plant tissues and prevailing low levels in soils, nitrogen is the fertilizer nutrient most commonly applied in vineyards. Like all management practices, nitrogen fertilization involves costs and risks as well as benefits. As mentioned above, losses to the environment pose one set of risks. Fertilizer ammonium readily converts to ammonia, a potent greenhouse gas, if left on or near the soil surface, particularly if the soil is alkaline and low in clay, organic matter (OM), cation exchange capacity (CEC), and moisture. Fertilizer nitrate, on the other hand, is readily transported with water both with overland flow and deep percolation. High nitrate in surface waters is hazardous to aquatic animals and excessive ground water nitrogen is human health hazard, especially for infants.

Over-fertilization is also among the nitrogen fertilization risks. As mentioned above, an overabundance of nitrogen, whatever the sources, induces abnormally rapid shoot growth, large leaves, and excessive canopy development (fig 2). As a result, shoot tissue integrity diminishes, susceptibility to fungal diseases and wind damage increases, palatability to leafhoppers increses, cold hardiness decreases, and fruitfulness declines. At the same time, fruit quality suffers from slow sugar accumulation, poor coloration, and underripe and often times, vegetative aromas and flavors. In addition to these indirect effects of nitrogen over-fertilization, there is the direct risk of elevated juice nitrogen leading to production of elevated ethyl carbamate in the finished wine. This intermediate fermentation product is a carcinogen regulated by the European Union and an impediment for wineries that export to Europe. In rare cases, over-fertilization may cause toxicity in leaf tissues (fig. 3).

This article is a reproduction of the Mid Valley Agricultural Services Viticulture Newsletter, May 2011. 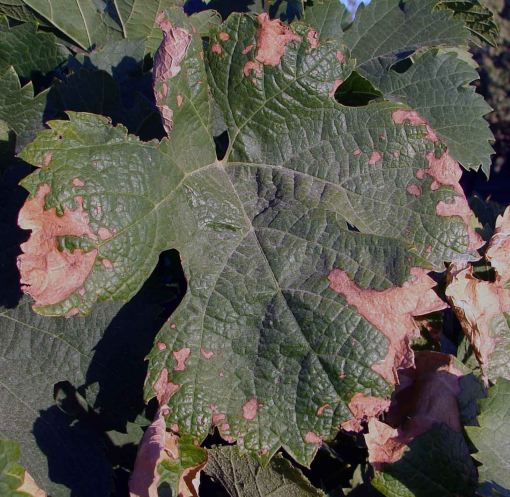 Under-fertilization with nitrogen is perhaps more common than over fertilization due to several factors, including increased prevalence of reduced-input management programs and attempts to contain fertilizer costs. With under-fertilization, vines have pale foliage and reduced photosynthesis, too little growth vigor, insufficient canopy development, greater susceptibility to stresses, reduced fruit yield, impaired ripening, and declining vine health (fig. 4). Under-fertilization also has direct implications for wine processing because low N fruit is prone to slow and stuck fermentations, and associated rotten egg (hydrogen sulfide) aromas. Winemakers may submit incoming juice samples for yeast assimilable nitrogen (YAN) analysis prior to inoculation with yeasts, but laboratory analysis and nitrogen additions to grape musts are additional production costs. Moreover, the sensory profile of wines made from grapes containing adequate nitrogen are often than different than wines of the same variety made with supplemental nitrogen.

Obviously, N plays a pivotal role in vineyards. Maximizing benefits while minimizing risks of applied nitrogen involves careful selection of nitrogen fertilizer form, application rate, application timing, and placement in the vineyard. These are the topics of my next Lodi Growers Coffee Shop article. 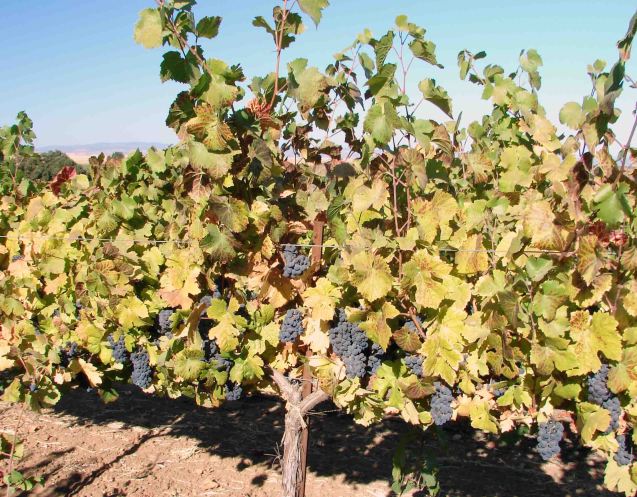