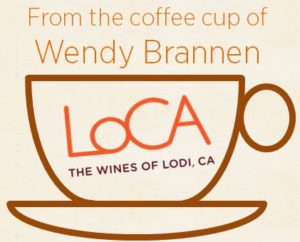 What an exciting time to jump into the Commission as your new Executive Director. It’s not often that one walks in the door of a new workplace and new industry as they are celebrating the 25th anniversary of the organization, the 30th anniversary of a unique region, and have just been awarded one of the industry’s highest honors. In my short time here in Lodi, I am not surprised that Lodi was named Wine Enthusiast’s Wine Region of the Year. The Lodi Rules™ for Sustainable Winegrowing program is in a class of its own and speaks to the insightfulness of you, our members, that you voluntarily conceptualized it long before mommy bloggers began tossing around the word “sustainable” like eggs at Easter. Also shrewd, banning together those 25 years ago to seek CDFA commission status to collectively market the region, brand, and community. And, there’s the straightforward fact that Lodi grows good grapes and makes good wines: By putting together unique marketing programs and getting the Lodi name out to consumers, that too-well-kept secret has slowly but surely been leaking out. So, no, I am not surprised that the Lodi region is seeing great success on a national and global platform. Now, the challenge falls on me, the rest of the staff here at the Commission, and indeed all of us, whether grower or vintner, large business or small, to step up to and clear the new bar set by success attained.

My greatest career accomplishments have come from collaborative efforts—marketing programs that would have failed without industry participation and crisis situations that would have been much more detrimental had we not worked together. Before joining you here in Lodi, I was the Director of Consumer Health & Public Relations for U.S. Apple Association, which included directing crisis communications. In 2015, the apple industry was hit with its first-ever Listeria monocytogenes outbreak, which could be likened to Columbus’ fabled discovery that the world is round and not flat. Highly-acidic apples—purportedly around since the days of Adam and Eve—historically have not been conducive to sustaining Listeria bacteria long enough to result in illness, or in this case, multiple deaths in multiple states, but a tie to the wooden sticks in caramel apples quashed previous beliefs and statistics. Faced with a situation that could have been crippling, our industry followed a predetermined crisis plan, allowing my team and me to work with our long-standing regulatory contacts, coordinate quickly with allied organizations, and disseminate accurate and timely updates to our stakeholders and media. Had the industry not trusted our leadership, the results would have been decidedly different: If our members had not directed media to U.S. Apple, instead choosing to answer consumer and media questions haphazardly, or had they rashly posted erroneous messages on their websites or social media, those actions could have incited market panic, loss of national retail accounts, and even potential liability. Instead, we were able to work with regulatory agencies and media to control the message in an accurate and ethical way, calm consumers’ fears, and keep the scope of an unfortunate event narrowed to the source of the problem versus affecting sales of all apple varieties in every state.

Before the apple gig in D.C., I was Executive Director of the Vidalia® Onion Committee—very similar in structure to LWC—in Georgia for almost eight years, and in 2010, I brought to the board a partnership opportunity with DreamWorks Animation®. That promotion, in addition to doubling our print media coverage and tripling our digital media coverage for the year, grew nationwide sales of bagged onions a whopping
50 percent: Moms clamored to buy onion bags bearing imagery of a big, green ogre famous for liking onions and related kid-friendly recipes 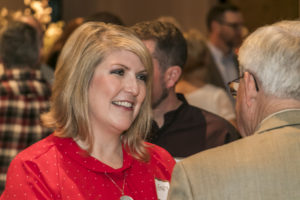 because their children would eat them—a phenomenon so surprising that, when I pitched the story idea to the Wall Street Journal, it made the front page—then ABC World News, Fox Business, and myriad other mainstream media. That dramatic surge in sales—and the ensuing river of media attention—was possible because we had an unprecedented 90 percent industry participation in the promotion. If the growers and their marketing and sales teams had not been open to my crazy campaign idea, and if they had not bought in and agreed to let me create point of sale, packaging, and displays smattered with the beloved Shrek, we never would have seen those bags flying off shelves.

I wish it were always that easy to tie marketing efforts to sales—or an increase in grape prices—but unfortunately, the reality is that it’s not always so simple to draw a correlation. Yet, the success of that Vidalia® campaign and containment of the apple recall/food-borne illness event are testaments to the power of pulling together, and pulling together is clearly something the Lodi industry has done well. In January at the annual Wine Star dinner, I watched as Wine Enthusiast crowned another region its yearly winner, but the brightness of winning the award the previous year did not dim when the ball dropped at the stroke of midnight on December 31, 2016—or at the celebratory dinner when we officially passed the scepter. That glow of pride and accomplishment we’ve carried throughout the year should remain in our minds as a beacon illuminating the path to achievement ahead. The bar has indeed been set higher, but I am optimistic and eager to make the leap to clear it with you: Leena Ahmad Almashat wrote in Harmony Letters, “Those who don’t jump will never fly.” So, here’s to flying higher, Team Lodi. I look forward to getting to know you better in the coming weeks and months and to many years of being the best wine region in the world together!