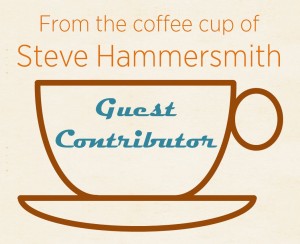 All winegrape growers know what frost is, but not everyone understands the physics behind how it develops. Such an understanding is useful when figuring out how to protect your vines from frost damage. This article was written by Steve Hammersmith, president of Shur Farms. At Shur Farms we specialize in vineyard frost prevention and work with vineyards throughout North America. We designed and installed the first North American cold air drainage system in the late 1990s and began manufacturing and marketing the Cold Air Drain in 2001. Our frost protection technology is most effective in vineyards with undulating topography, like the Napa Valley. Lodi has much less topographic variability, but the basic principles around which we base our technology are still relevant to protecting vines against frost damage. In this Coffee Shop article I do not discuss our products, but rather focus on the physics of frost. Frost 101, if you will. 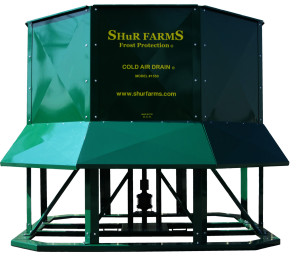 First, it is important to understand two thermal processes: radiation and conduction. Radiation is how energy travels through space. Energy lost from the ground due to radiation will not warm the air, but will instead be lost to space. Different materials radiate heat at different rates and the faster a material radiates heat, the more quickly it cools. For example, the ground will radiate heat faster than the air. Conduction is the process whereby heat transfers from molecule to molecule. An ice cube on one end of a steel rod will cause the rod to conduct heat all the way from the other end of that rod, eventually cooling the entire rod. Another important concept is unobstructed radiation loss. This is when there is no break up of radiation loses such as clouds moving in overhead or a wind. For example, say a valley basin completely fills with cold air in four hours under unobstructed radiation loss conditions. This situation could lead to frost damage because when the basin is filled the vines are submerged in a lethal cold air mass. However, if wind or clouds come every 2 hours and obstructs the filling process, the basin will never fill and there will be no frost threat.

Typical nighttime conditions for radiation frost are clear skies and no wind. On such a night the ground will start out being warmer than the air because during the day the ground is absorbing and storing heat that is coming from the sun. When the sun goes down the ground will start losing heat through radiation. Different soil types with different densities will lose heat at different rates, e.g. loose sandy soil will cool more quickly than heavy dense clay soils and dry soil will cool faster than wet soil. The soil will eventually become colder than the surrounding air temperature. There is a risk of radiation frost occurring only when the soil temperature dips lower than the air temperature. As long as the soil temperature remains warmer than the air, then there can be no cooling of the air around the vines and thus there is no possibility of radiation frost. 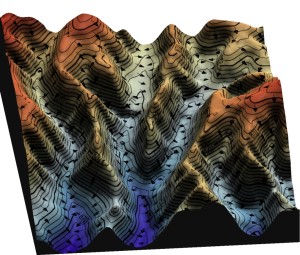 A Digital Elevation Model showing the direction of katabatic wind flow in valleys. To view in detail click on image. Return to the article by clicking your browser’s back button

When the soil becomes colder than the air layer in contact with the ground, the ground will start chilling the air from the ground up through conduction. This is when the inversion layer starts to develop as now the lower layers of the atmosphere are colder than the higher ones. The most dangerous nights for frost is when the ground has very little heat stored in it due to cold winds or cloud cover inhibiting the absorption of energy and heat into the soil during the preceding days. If the skies are clear during the night and the ground is at or near the air temperature, then the ground will quickly become colder than the air and the inversion will start to grow. Under these conditions, the risk of frost is greatly increased. The longer the period of unobstructed radiation losses the deeper that cold air can accumulate causing increased temperature differentials within the vineyard, and the greater the risk of frost damage.

The air becomes stratified when the cooler air layer, which is heavier and denser, develops below the warmer layers above. The denser and heavier strati are affected by gravity and will flow downhill if there is a slope. This downhill flow, called katabatic flow, is along the ground and the depth of the flow will vary from a few inches to several feet depending on the amount of cold air being generated upstream and the angle of slope. The area up slope of the basin that is feeding cold air (airshed) into it determines the amount or mass of cold air, while the angle of slope determines the speed of the air moving downhill. The steeper the slope, the faster the downhill speed. If cold air does not submerge plant tissue, then there is no risk of frost damage. This is why steep hillsides and other well drained areas do not experience radiation frost damage, even though the ground temperature may be the same as the ground temps in the accumulation area. 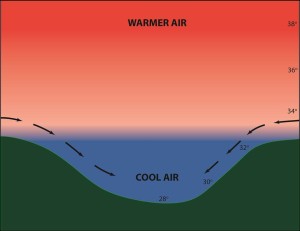 A diagram of a typical inversion layer on a radiation frost night.

Under inversion conditions, the air is a stratified fluid, subject to the laws of fluid dynamics and behaving like all fluids do. Unlike some fluids that become more viscous (thicker and slower flow like motor oil and molasses) as they become colder, air becomes less viscous as it becomes colder and so can flow even more easily. Any area where more cold air flows into than can flow out is considered to have insufficient drainage. Such areas will start to accumulate cold air. When this cold air mass builds to a height that submerges plant tissue, there is risk of frost damage. These areas are called frost pockets. As long as there is sufficient drainage to allow this colder air to remove itself, or the plant tissue is at a height above the critical cold air layers, there will be no frost damage. As this colder air flows downhill and accumulates in the lower valleys and frost pockets where there is insufficient drainage, or as the flow deepens, it may submerge the plant tissue in a lethal cold air mass.

Because the ground loses heat at a consistent rate during unobstructed radiation, and the hours available for radiation loses are fairly consistent during the growing season, the amount of cold air generated and the damage patterns during a frost night are also fairly consistent. A working number is 100K BTUs lost per hour per acre (the actual BTUs lost will vary due to soil type and soil moisture), and it doesn’t matter if this is a January night or a July night. The difference is that in July there is much more heat stored in the ground and a much shorter night. There may not be enough time for ground to lose enough heat to cool below the air temperature, thus there would be no cooling of the air along the ground, no stratification, no katabatic flow, no accumulation of cold air, and no inversion developing.

I hope I have shed some light on how frost develops. Remember that understanding the physics behind frost is the first step to protecting your vines from frost damage.