A SHORT HISTORY ON WINE MAKING IN CALIFORNIA 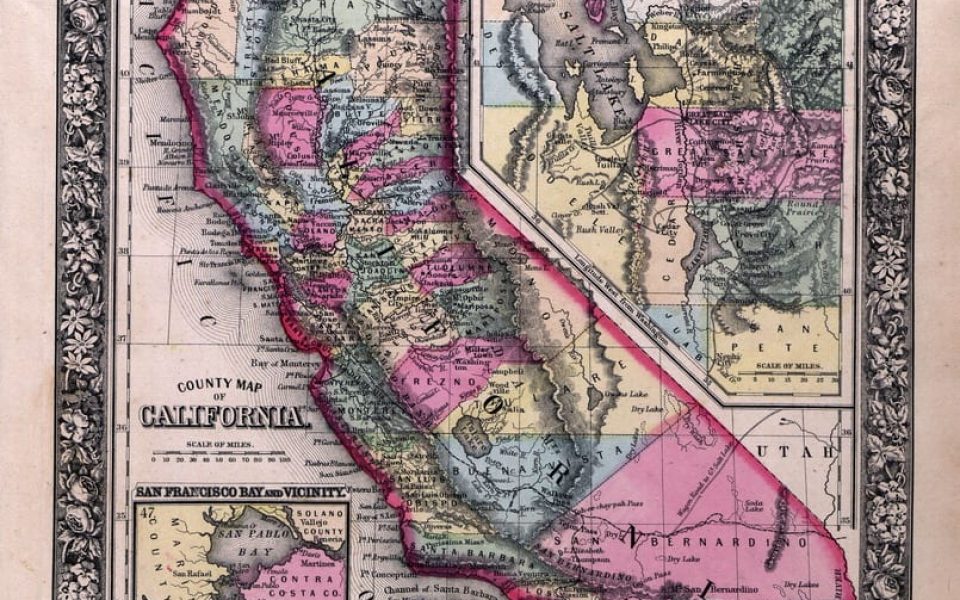 The story of wine in California begins with the story of the Spanish in California. Vineyard planting in the state began with the Spanish Franciscan Missionaries starting with California’s first mission: Mission San Diego de Alcalá in 1769. Just as palm trees were planted so there would be palm fronds for Palm Sunday, vineyards were planted so there would be wine for communion. That first variety, planted by Father Junípero Serra, became so ubiquitous that it became known as the Mission grape and was the preeminent variety until 1880.

The center of commercial production was initially in Southern California, but the Gold Rush (1848 – 1855) brought with it an influx of people to Northern California. (In 1848, population of San Francisco swelled from 1,000 – 25,000 in that single year). Those miners were a thirsty bunch and the demand for wine exploded as well. Today’s wine centers in Northern California of Sutter County, El Dorado County, Napa County and Sonoma County (amongst many others) were first planted in those gold rush years. By 1900s, the thriving California wine industry was exported wines all over the world as far away as Australia, Central America, England and even Asia.

That progress was virtually halted as a result of the 1919 ratification of the 18th Amendment to the United States Constitution which declared the sale of alcohol (not the consumption or possession) illegal. A loophole in the law allowed each home to make “200 gallons of non-intoxicating cider and fruit juice per year” and thousands of American began to make their own wine at home. There were so many new amateur winemakers that the price for fresh grapes shot up. To meet the demand, growers tore out their fine wine varietals and replaced them with lower quality grape varieties better suited to shipping.

At the UC Davis campus. Shelved in the wine cellar at Davis are samples of the U.C. vintages dating back to the 1930s.

By the time of repeal in 1933, the once vibrant wine industry was in ruins. Production had dropped 94 percent from 1919 to 1925. Before 1920, there were more than 2,500 commercial wineries in the United States, less than 100 made it through Prohibition. The program in Viticulture and Enology at UC Davis was started as part of an effort to revitalize the industry.  Maynard Amerine was one of the first faculty member hired into this newly formed department. Even with the help of wine making experts at UC Davis and Maynard’s ceaseless work writing, traveling and advising, the turn-around was slow. By 1960, that number had only grown to 271. It would take more than a half century for winemaking in California to return to its pre-Prohibition volume.

Judgment of Paris, 1976 via DrinkMe Magazine.

The small group of winemakers in Northern California were committed to creating a winemaking industry in California that could compete on an international scale. But even once high quality wines began to be produced, wine makers had difficulty in marketing. The turning point for California wine occurred on May 24, 1976, when California producers entered their wines in a blind tasting, comparing California wines with French. The judging panel was exclusively French, so it was a shock when the California wines were ranked the highest in both of the competition categories: Chardonnays and reds category. The results of what became known as the Judgment of Paris were reported in Time Magazine. Money couldn’t buy press like that. And demand for wines from California surged. Today the state is recognized for creating some of the best wines in the world, and those competition wines are still being produced today.

This article was originally published on the UC Davis Library website under “News” (July 5, 2016) and was reposted for this blog with permission from Axel Borg. Now retired, Axel has over three decades experience with the University of California; he served as Post Harvest Subject Bibliographer at UC Davis for most of that time. Axel has also worked on two other UC campuses: Berkeley and Santa Cruz. Prior to becoming a librarian, Axel was a commissioned officer in the US Army serving in Infantry, Cavalry and Armor units with his last duty station as a Observer Controller at the National Training Center in Fort Irwin. To read more articles by him, click HERE.