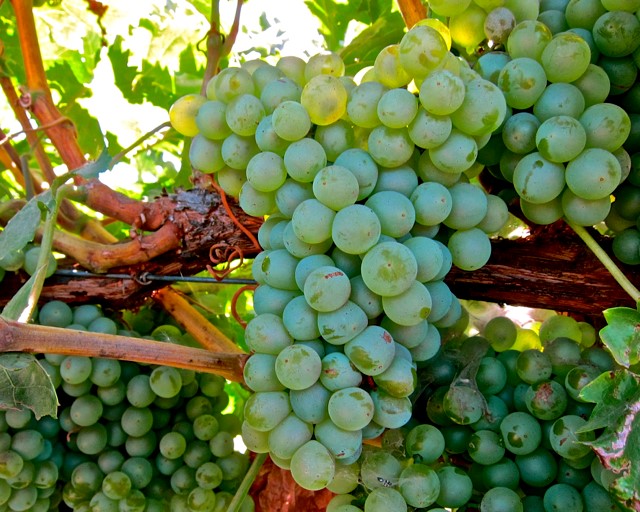 Grenache blanc is a white wine mutation of the black skinned Grenache noir grape; planted all over North-East Spain – the variety’s point of origin – and Southern France. These are regions falling in the warm to hot Mediterranean Climate zone (it will not ripen outside these regions, in colder climates).

There is also a grayish red variant called Grenache gris, rarely seen in the U.S., but still cultivated in France and Spain. The earliest printed references (in agricultural treatises) to Grenache noir date back to 1513. It is thought that the green skinned mutation has been cultivated at least as far back as the 16th century, if not sooner. In Spain, Garnacha blanca is mostly concentrated in Navarra and Catalonia’s Terra Alta regions, where winegrowing dates back to the 2nd century BC.

Although it is called a “Rhône” grape, Grenache blanc is more correctly identified as a grape of all of Southern France; especially since more than half of the plantings of Grenache blanc are found in the vast Languedoc-Roussillon region closer to Spain along the Mediterranean coast, and it is also planted throughout Provence. It is, however, best known to us as one of the 6 white wine varieties allowed among the 13 grapes planted in Southern Rhône Valley’s Châteauneuf-du-Pape region; most often blended with Roussanne, Piquepoul, Bourboulenc and Clairette blanche to produce Châteauneuf-du-Pape Blanc.

Interest in the grape in California was perked up during the earliest days of the “Rhône Ranger” movement, starting in the mid-1980s, when California’s Mediterranean Climate zones were recognized as natural environments for the grape. Significant plantings, however, have taken place only within the past 15 or so years. In Lodi, the turning point was probably the establishment of Bokisch Ranches in 1996; but you can now find smatterings of Grenache blanc on the West Coast everywhere from Washington, the Columbia Gorge, Mendocino, all the way down to Paso Robles and Santa Barbara, and up in the Sierra Foothills. 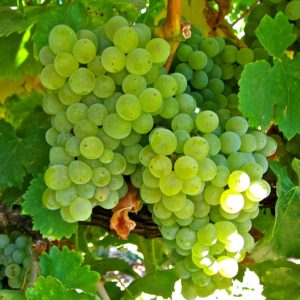 Although reference books refer to Grenache blanc as a producer of “fat” white wines normally low in acidity, by picking early enough California producers have found that they can craft perfectly crisp, zesty white wines of refreshing clarity and natural acidity, even without blending with higher acid grapes like Piquepoul; as evidenced by the successful varietal bottlings of our own major estate-producers (such as Bokisch Vineyards and Acquiesce Winery) in Lodi.