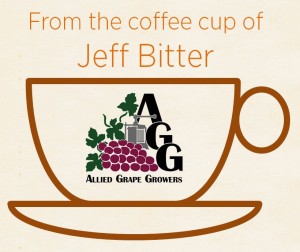 Another year is behind us and although the 2013 growing season could not have been more perfect in terms of weather, there were plenty of frustrations to deal with.  Capacity and processing issues, winegrape crops which exceeded estimates (for the second year in a row), limited labor and jittery buyers made this past harvest a challenging one in Lodi and most areas of the state.  It’s been said that we won’t be given any more than we can handle in life, and that must be true, because if we would have had to deal with inclement weather on top of all of the other frustrations, that would have just been the icing on the human-struggle cake.

The most commonly asked question these days is, “Do you think we went over 4 million tons again?”  This is in reference to the size of the 2013 winegrape crush and 2012’s record crush of 4,000,000+ tons.  Our internal numbers coupled with conversations with numerous growers and vintners throughout the state, point us toward an overall crop that seems every bit as big as 2012.  While the coastal regions were probably down in crop size, the interior regions are estimated to be as big, or bigger, than in 2012.

Welcome Jeff Bitter, VP of Allied Grape Growers, as a new Coffee Shop contributor. Jeff will periodically keep us up to date on the economic and market outlook of Lodi and California’s viticulture and wine industry. 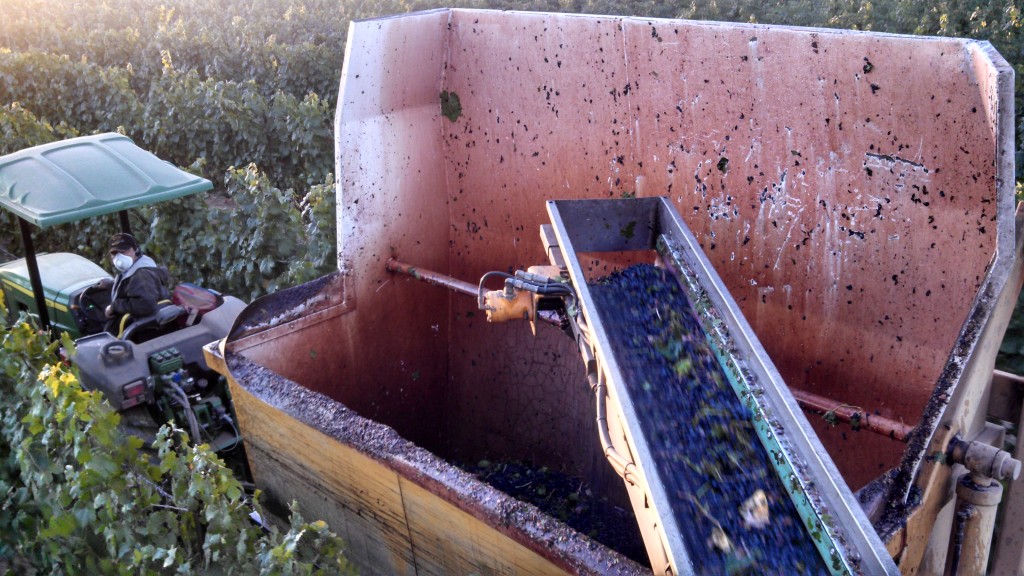 Based on Allied Grape Growers (AGG) Lodi deliveries in 2013, we see a definite pattern of matching or even exceeding 2012’s crop size.  In reviewing our totals out of the Northern Interior, it appears that every variety we handle in Lodi was up from 2012 in crop size except for Chardonnay and Pinot Noir (and neither one of them were small in size).  It is pretty much guaranteed that we will set a new production record in Crush District 11 (Lodi), and when you add in the rest of northern California, including the Delta and foothills we should be brushing up against almost one million tons of winegrapes in just those regions alone. Prices for most Lodi grapes held up strong until the beginning of harvest.  But once the crop started coming in heavy for the second year in a row, buyers quickly backed off of contract prices for additional tonnage.  “Surplus”, “excess” and “overage” became common adjectives in the business when describing tonnage.

Compounding the spot market deterioration was the fact that most wineries simply didn’t have room, even if they did want to buy additional fruit.  Winery capacity constraints and the lack of ability to process in a timely manner brought back a phrase from the early 2000’s called “Hang Time.”  We can call it different things, but growers saw their harvest delayed and yields diminished due to winery capacity and processing issues as well as a general lack of desire to harvest contracted grapes on the grower’s schedule, due to the rapidly changing market.  We commonly heard winemakers evaluate the grapes by saying, “They have the brix, but just not the flavor.”  Most of these types of statements were made about red grapes with 25+ brix!

The message seemed similar whether we tried to schedule grape deliveries in the Central SJV, Northern Interior, Central Coast or the North Coast – there was “no room”. This was an early year and we finished earlier than normal. But the fruit was ready, and in many cases needed to get harvested long before it was.  Many grapes were harvested at higher brix levels than the desired range in the contracts.  Delivery of grapes with high brix levels can offer crush and fermentation challenges for processors, so they have the legal right to add water to facilitate processing, but it shouldn’t be at the grower’s expense.  With the loss of tonnage and the resulting loss in income, it places an additional burden on growers are trying to maintain economic sustainability. To farm sustainable and do everything right for your vineyard, for the winery, the environment, and the community we farm in, we first need economic sustainability.

Labor crews were a definite cause for concern as well.  Anywhere where “old vines” are being grown, we still rely heavily on hand labor for harvest, but available and reliable crews seem to be diminishing.  With scheduling as tight as it was in 2013 and the urgency to deliver reliably, hand labor was not compatible with the challenges.

But all in all, 2013 can be classified as a good year for growers.  It didn’t come without its challenges, however, the long harvest, a strong pre-season marketplace and a cooperative Mother Nature did allow the crop to get delivered for another profitable vintage of great California wines.