Below average cold, below average rainfall, increasing costs, more regulations and tougher competition. We seem to be experiencing our own modern day Iliad. But it could always be worse and baseball opening day is only 55 days away.

Dry conditions have taken front page attention to the recent cold weather. With weather forecasts predicting only slight rainfall if any for the rest of the winter, growers are beginning to ask questions about how these extreme weather conditions might affect their vines. With that in mind, I have put down some thoughts from local experience and after talking with UC Davis Viticulture and Enology Deportment professor Dr. Andy Walker. The points that follow are my view as a UCCE Farm Advisor. As such, batteries are not included and may require some assembly.

Drought, Cold, and the Affects on Vines 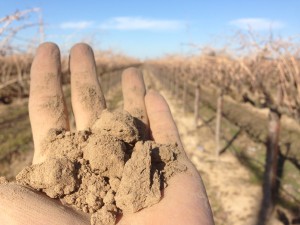