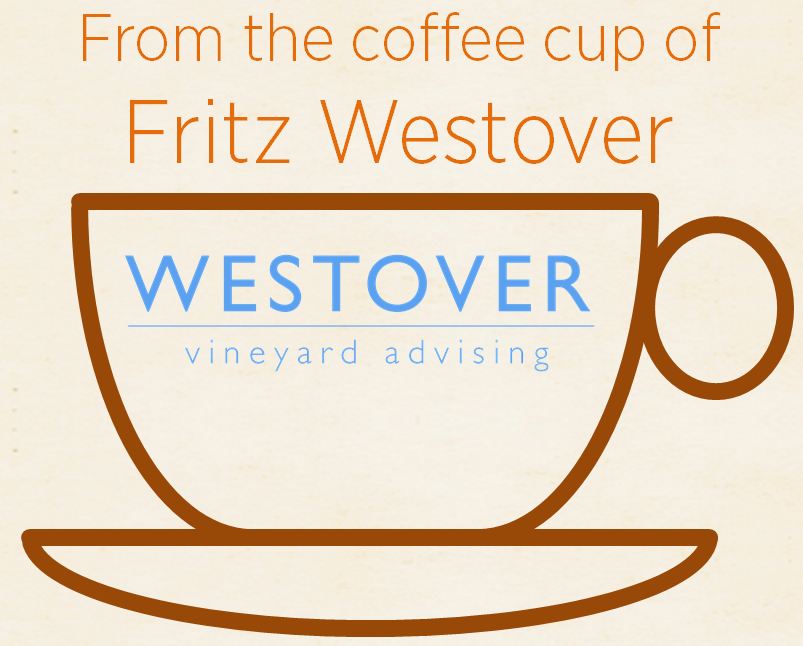 Grapevine nutrition may not be on the forefront of growers concerns as bud break approaches in the vineyard. However, the drought conditions that have persisted over the past two years in areas of Texas and California will likely effect root growth dynamics, total root area, and nutrient availability in the soil. A balanced ratio of root to canopy is essential to ripening a high quality crop, regardless of expected yield. In this article we will explore some of the factors to consider for managing mineral nutrition when irrigating during the drought.

In general, root growth and die-back follows a cyclical pattern. In the spring, early shoot growth is supported by reserve carbohydrates in the woody structures of vines, such as trunks, cordons, and larger perennial roots. As bud break commences, and under ideal soil moisture and temperatures, fine roots develop from larger, lignified roots. These “feeder” roots are important for increasing the surface area of the soil in which the vine can uptake water and sequester nutrients. 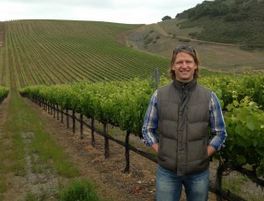 About the Author: Fritz Westover

Fritz Westover was 16 years of viticulture experience, has advised growers in the eastern, southern, and western United Statesthe, and is now the proprietor of Westover Vineyard Consulting. He began with Chaddsford Winery in southeastern Pennsylvania, while obtaining his BS in horticulture from Penn State University. Fritz completed his MS in 2003 from the Penn State Department of Plant Pathology, and worked on grapevine decline in replanted vineyards, disease management, and compost application in vineyards.

Fritz has worked internationally as an assistant winemaker for the 2004 harvest at Caiarossa Vineyards and Winery in Pisa, Italy. From 2005 to 2007, Fritz served as Virginia Tech’s Viticulture Research-Extension Associate at the Alson H. Smith Agricultural Research and Extension Center in Winchester, Virginia. From 2007 to 2013 he served as Viticulture Extension Program Specialist for the Texas A&M AgriLife Extension Service where he worked statewide on developing viticulture education and research programs. Fritz worked in California from 2013 to 2015 as Technical Program Coordinator with the Vineyard Team, a leading grower group in the Central Coast of California, where he developed hands-on educational programs and applied research demonstrations to enhance vineyard sustainability. Fritz continues to consult for vineyard clients in more than five states in the southeastern US, serving as a leading resource for growers of Pierce’s disease tolerant and vinifera winegrapes.

Fritz contributes to several national viticulture education projects including content contribution to the national eXtension web page for commercial grape production. He has been a member of the American Society of Enology and Viticulture (ASEV) since 2005 and served on the board of directors and as chair of the board for the eastern section of the ASEV. 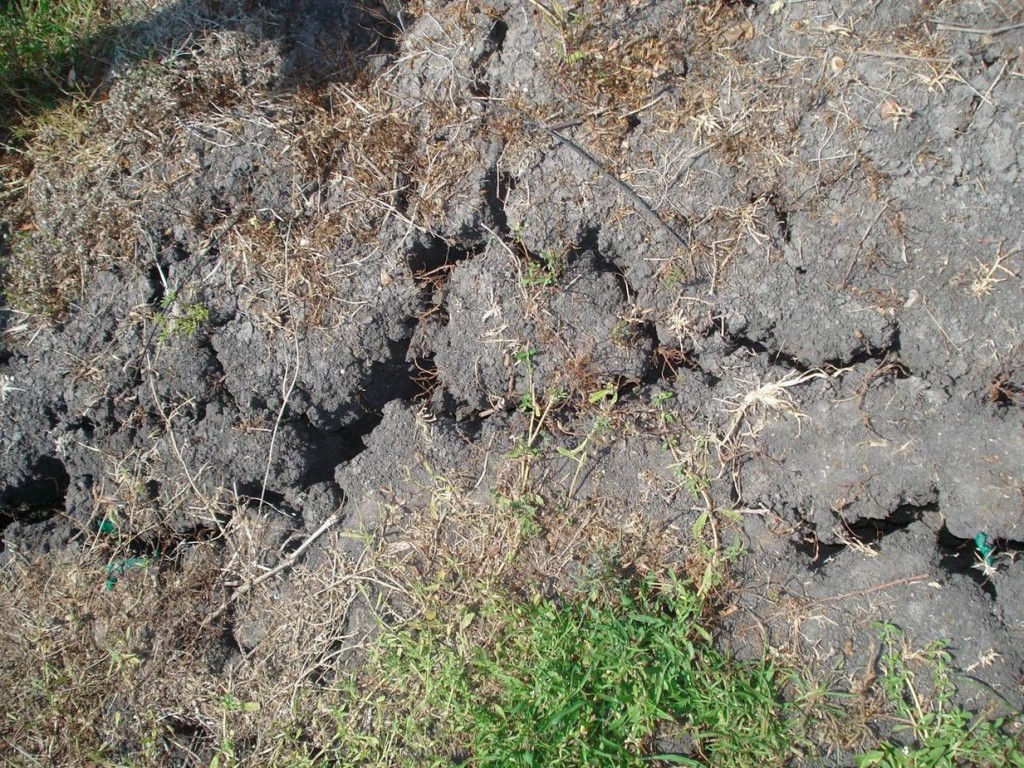 Drought induced cracks in a heavy clay vineyard soil in the Gulf Coast of Texas.

Roots develop most rapidly as vines approach bloom and can continue to branch and elongate into veraision. Root growth slows as vine resources are partitioned more toward ripening fruit. An additional flush of fine root growth may also occur after harvest, again provided that proper soil moisture and healthy leaf area are both in favor. Die-back of young roots will typically occur as vines transition into dormancy, when transpiration from leaves slows. Shrinkage and even die-back of feeder roots can also occur when vines are subject to dry soil conditions during any time of the growth cycle.

Understanding the cycle of fine root growth is important, as viticulturists often time fertilizer applications to coincide with greater root surface area to achieve better uptake efficiency of the applied nutrient. The first opportunity to collect leaf and petiole samples to determine the nutrient status of vines is around the time of bloom, which is a time when roots should be actively taking in water and nutrients. However, drought conditions at such time can reduce uptake of some nutrients that are typically made available to vines in the mass flow of water through soil. 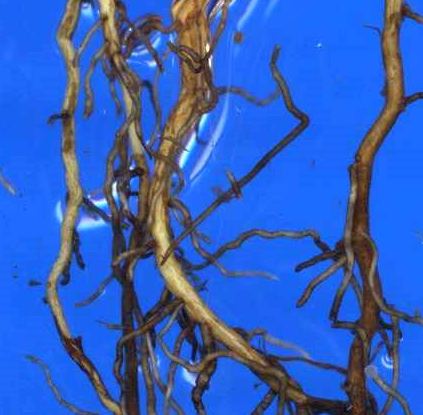 During extended drought, the active root zone in irrigated vineyards is most limited to the area of wetness provided by drip emitters. Furthermore, the active root area per vine may be influenced by a combination of factors including the emitter placement within a row, the wetting pattern of the soil, the length of the irrigation event, and depth of effective rooting. As discussed above, limitations in the area of wetted soil can limit root growth and nutrient uptake to a small area of soil. Let’s consider the example of a typical season where normal winter rainfall will evenly fill the soil profile to field capacity. In this scenario, there is unlimited potential for both young feeder root development and improved nutrient uptake from the time of bud break and onward until the plant available water outside of the drip zone is lost through evapotranspiration.

The added root area and soil moisture outside of the drip zone can contribute to early season shoot growth and nutrient uptake leading into bloom. In the absence of uniform field capacity of soil moisture at bud break, the potential rooting area and uptake will be more limited. Some growers in California observed potassium deficiencies in vineyards in 2013, a possible result of reduced root area combined with a generous crop, which acts as a sink for potassium. There will be many lessons learned with these back to back drought years. Growers who take into account the cumulative effects of drought will be better prepared to adjust accordingly. Below are a few vineyard management considerations. 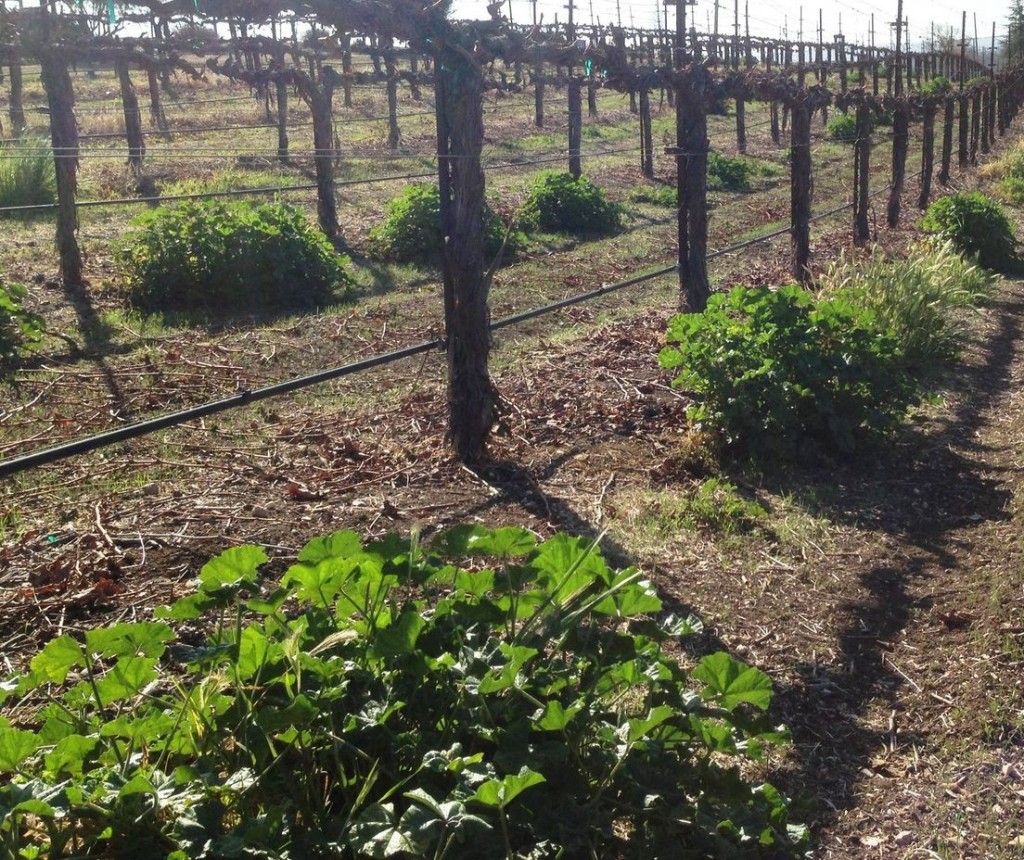 Weeds under the drip line compete with grapevine roots for water and nutrients.

Vineyard management is a dynamic process, where both the past and future seasons must be considered when managing the current crop. If your vineyard has experienced prolonged drought in the past 2 seasons, 2014 will not be the year to go big on crop. Instead, the focus might more appropriately migrate towards quality and vine health moving forward. Growers who observed a decrease in canopy size in 2013 will be wise to prune back to fewer buds than in a normal year. A reduction in canopy size (and pruning weights) is an indication that the vine’s capacity to produce canopy and fruit in the following season is reduced. The first opportunity to reduce potential crop occurs at dormant pruning. Additional crop thinning in the form of shoot thinning and direct cluster removal can be followed up as needed to balance the fruit to leaf area or crop load. The longer I work in the east and southeast, the more I accept that there really is not a “typical” growing season and hence our vineyard management practices will be far from routine.